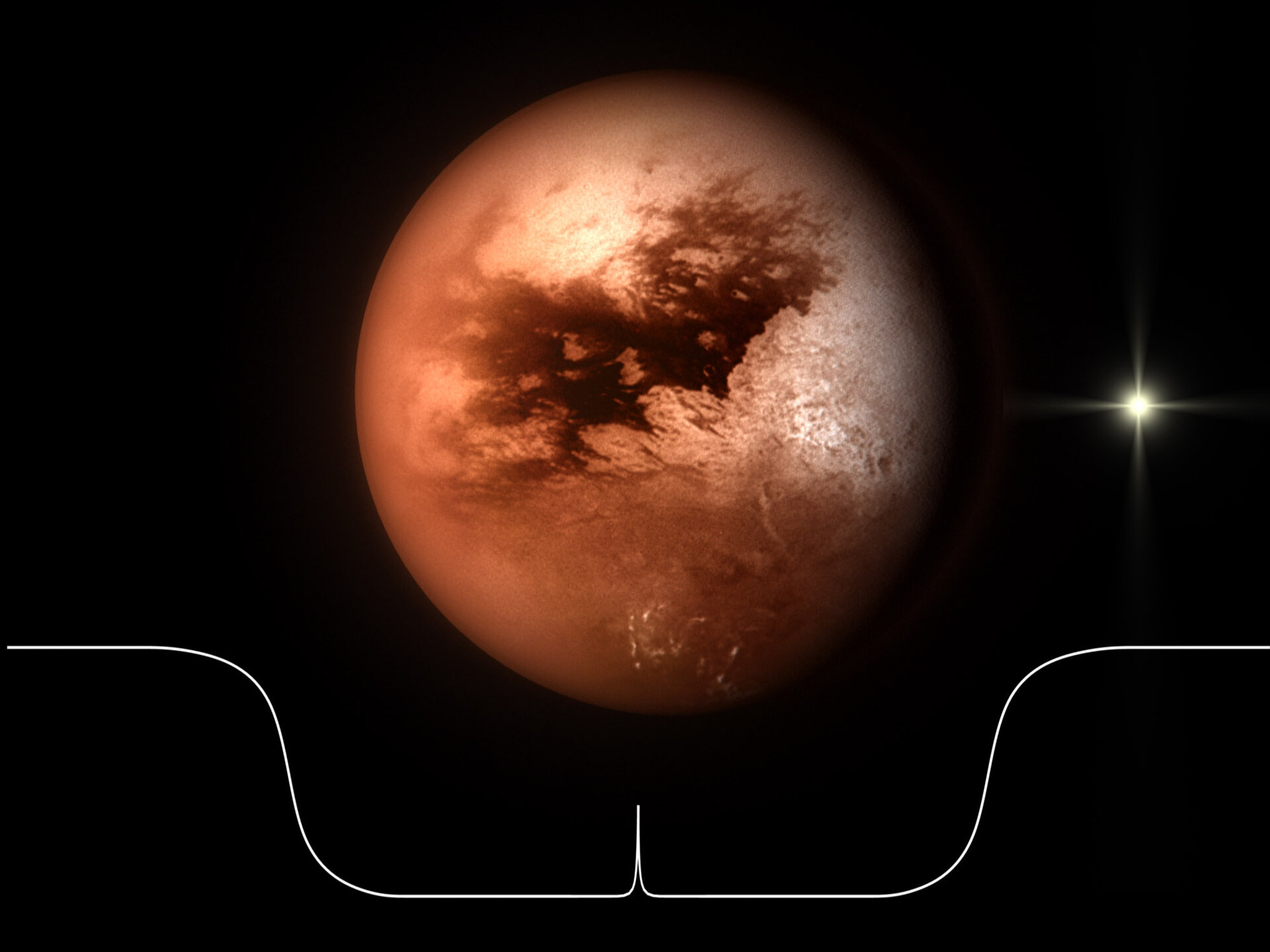 When such occultation events take place, the light from the star is blocked out. Because Titan has a thick atmosphere, the light does not ‘turn off’ straight away. Instead, it drops gradually as the blankets of atmosphere slide in front of the star, as the light-curve drawn here shows. The way the light drops tells astronomers about the atmosphere of Titan.

The peak at the centre of the light curve represents the bright flash occurring at the very middle of the occultation. This is due to the fact that Titan’s atmosphere acts as a lens, making the light emitted by the star passing behind converge into a focal point and produce the flash.