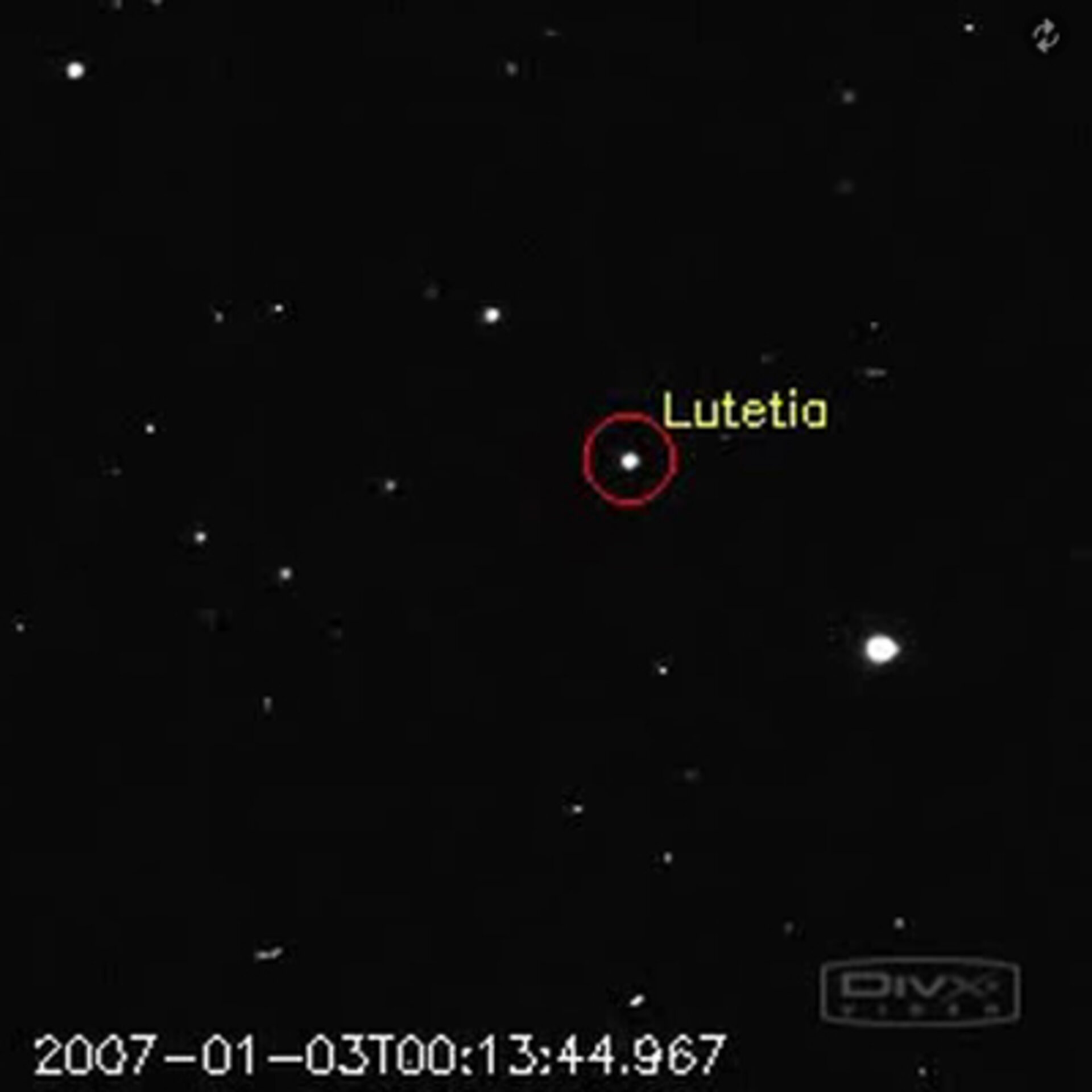 This animated sequence is composed of images gathered by the OSIRIS camera on board the Rosetta orbiter on 2 January 2007. It shows asteroid 21-Lutetia, as seen by the spacecraft from a distance of about 245 million kilometres, during a remote-sensing observation campaign of this object that lasted 36 hours.

The asteroid can be seen as the near-stationary spot visible at the centre of the image. The scattered spots seen in the movie are cosmic rays events, that is high-energy cosmic radiation hitting the detectors of OSIRIS (Optical, Spectroscopic, and Infrared Remote Imaging System).

Together with 2867-Steins, 21-Lutetia is one of the two target asteroids that Rosetta will study during its long trek to comet 67P-Churyumov-Gersimenko. The two asteroids will be visited at close range in September 2008 and July 2010, respectively.

A non-annotated version of this animation can be accessed by clicking here.