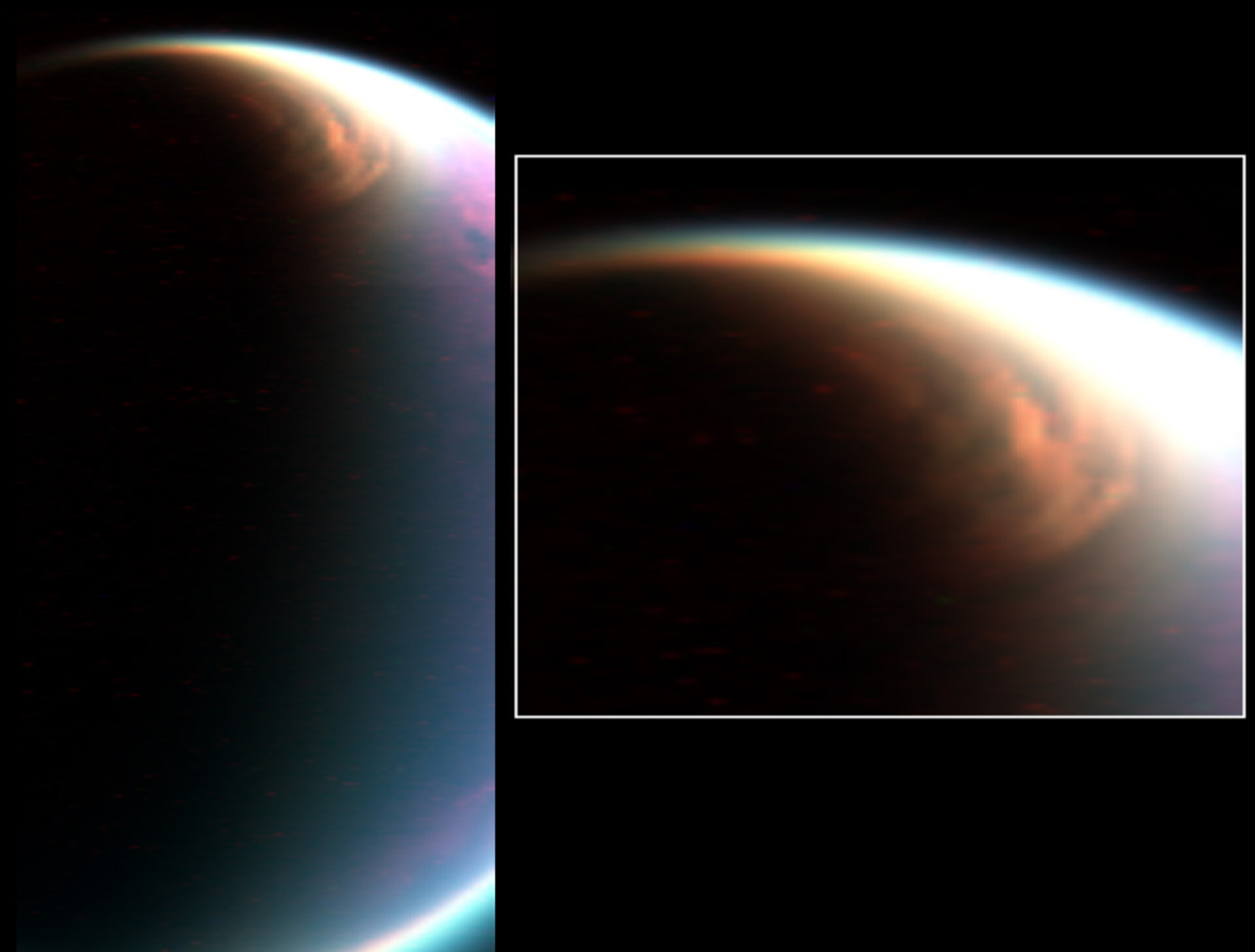 This composite image shows the cloud, imaged at a distance of 90 000 kilometers during a 29 December 2006 flyby designed to observe the limb of the moon. Cassini's visual and infrared mapping spectrometer scanned the limb, revealing this spectacular cloud system. It covers the north pole down to a latitude of 62 degrees north and at all observed longitudes.

Such a cloud cover was expected, according to the atmospheric circulation models of Titan, but it had never been observed before with such details. The condensates may be the source of liquids that fill the lakes recently discovered by the radar instrument. This image was color-coded, with blue, green and red at 2 microns, 2.7, and 5 microns, respectively.