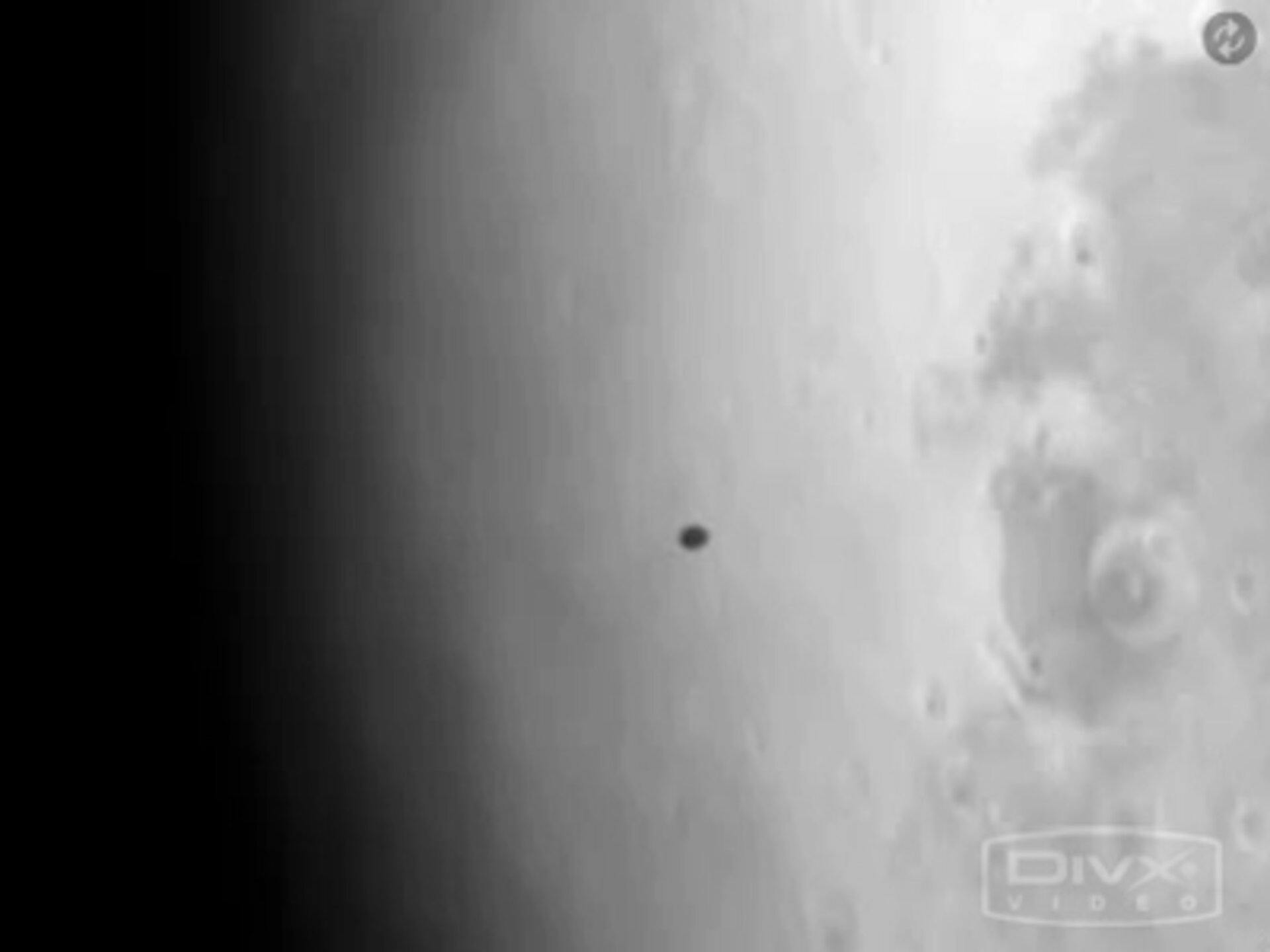 The animated sequence shows the shadow of Phobos transiting Mars' disk on 24 February; the sequence was captured around 22:08 CET, a few hours prior to Rosetta's successful Mars swingby on 25 February.

The movie was produced by combining a series of separate images. The background of Mars changes slightly from image to image since the individual images were acquired using different colour filters.