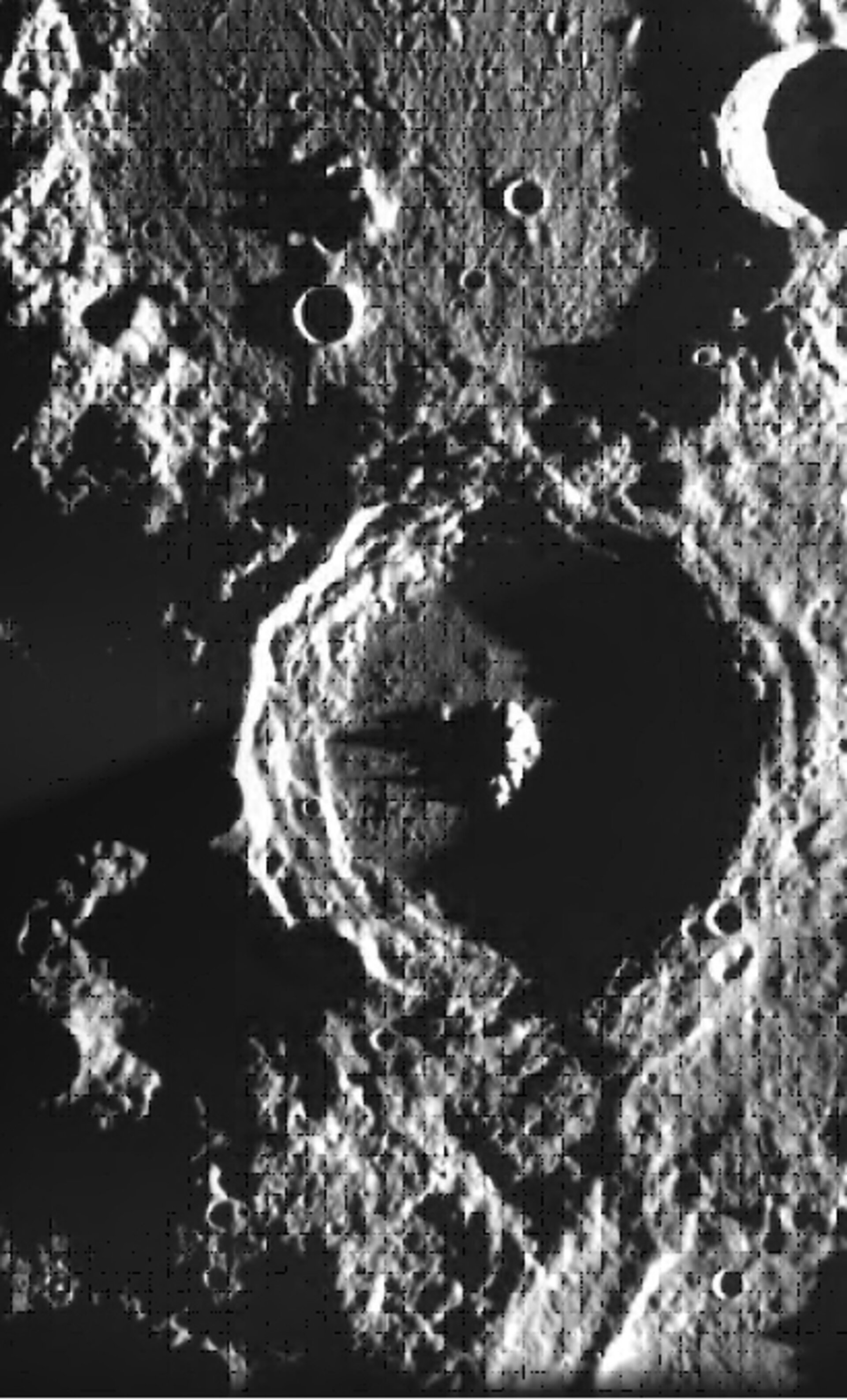 This image, taken by the advanced Moon Imaging Experiment (AMIE) on board ESA's SMART-1 spacecraft, shows crater Plaskett on the Moon.

This image was taken by SMART-1 from its polar orbit, at an altitude of 3000 kilometres over the surface and with a ground resolution of 300 metres per pixel.

Plaskett crater sits at 82.1° North and 174° East, with its centre just 240 kilometres away from the lunar north pole. The crater, 109 kilometres across, is named after the Canadian astronomer John Stanley Plaskett (1865–1941).