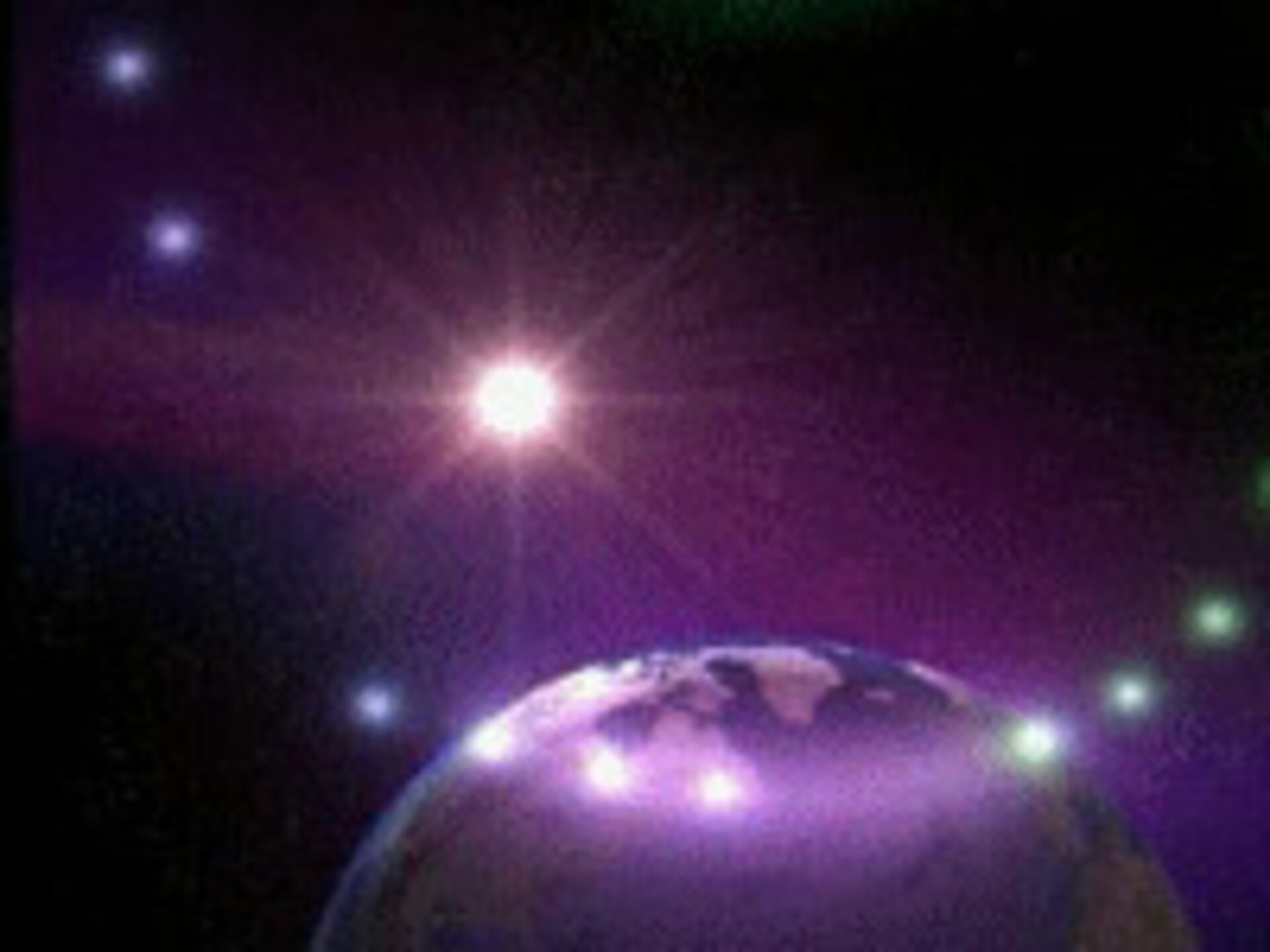 In an old television tube (not the recent LCD or plasma TV screens), accelerated electrons hit a phosphorescent screen and cause the phosphor to glow. The acceleration region generating the aurora works similarly; electrons are accelerated on their way down to the ionosphere. After being accelerated, they finally crash into ionospheric atoms and molecules and cause them to glow, creating aurorae.