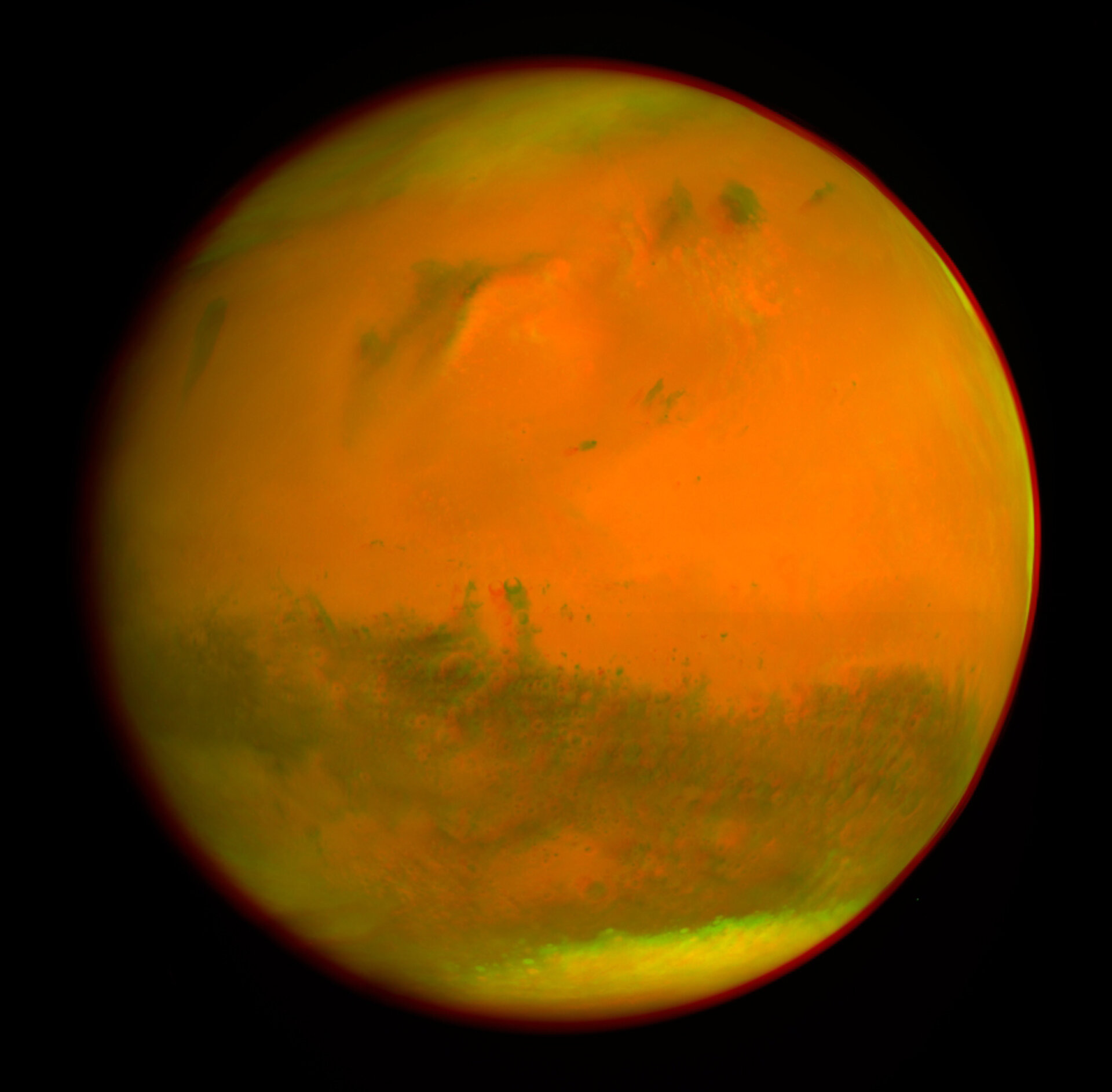 At closest approach at 03:15 CET on 25 February, Rosetta passed over the planet's surface at a relative speed of 36 191 km/hour. At the same time, Mars was rotating and thus by processing and combining images acquired by OSIRIS at different times, it has been possible to produce a stereoscopic image, or anaglyph.

The image was produced by combining several views of Mars taken from slightly different angles. In this case, the anaglyph was generated using images acquired 6 minutes apart. To see the 3D effect, use a pair of left-eye red, right-eye blue colour glasses.