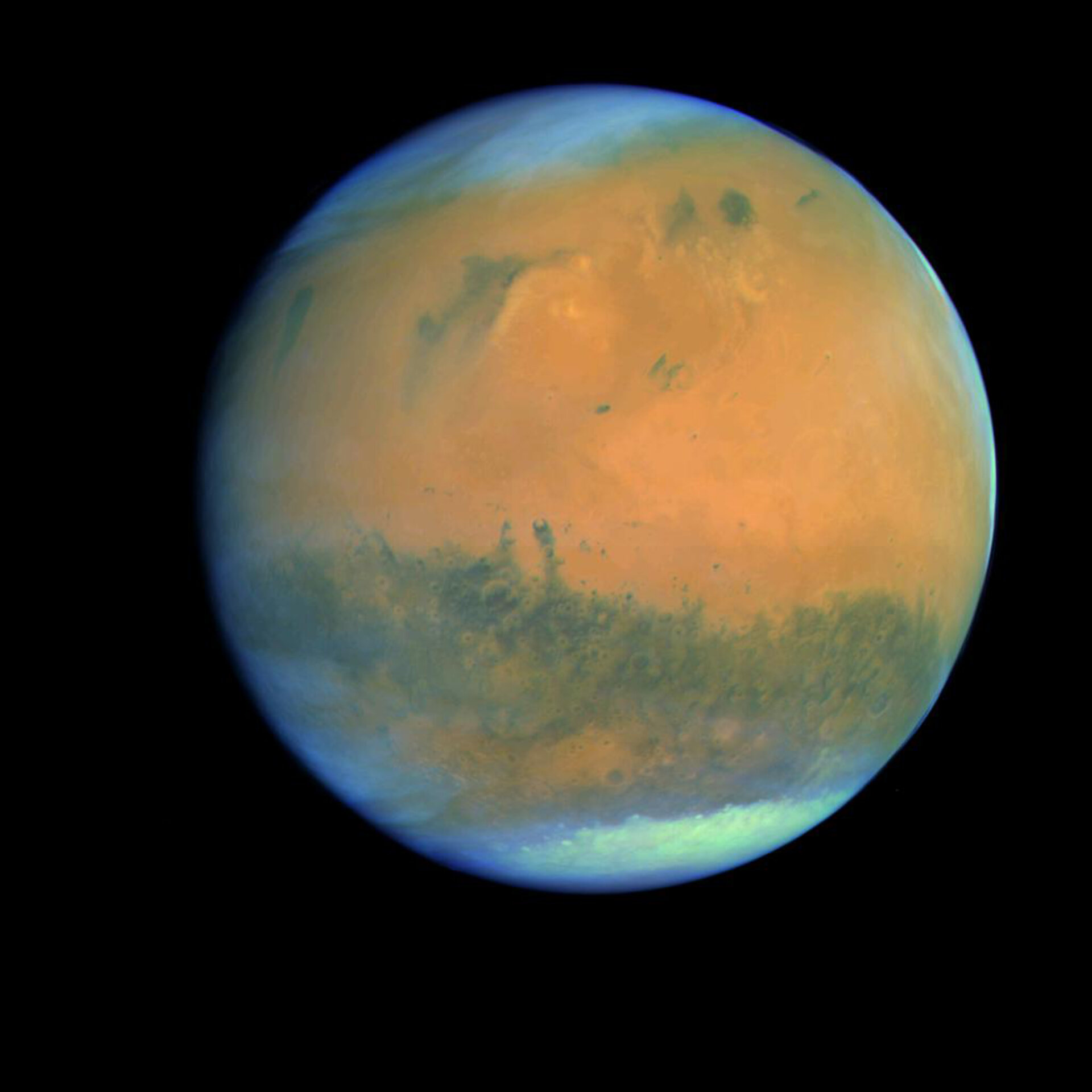 The image was acquired on 24 February at 19:28 CET from a distance of about 240 000 km; image resolution is about 5 km/pixel. Higher resolution images of Mars will be made available later.