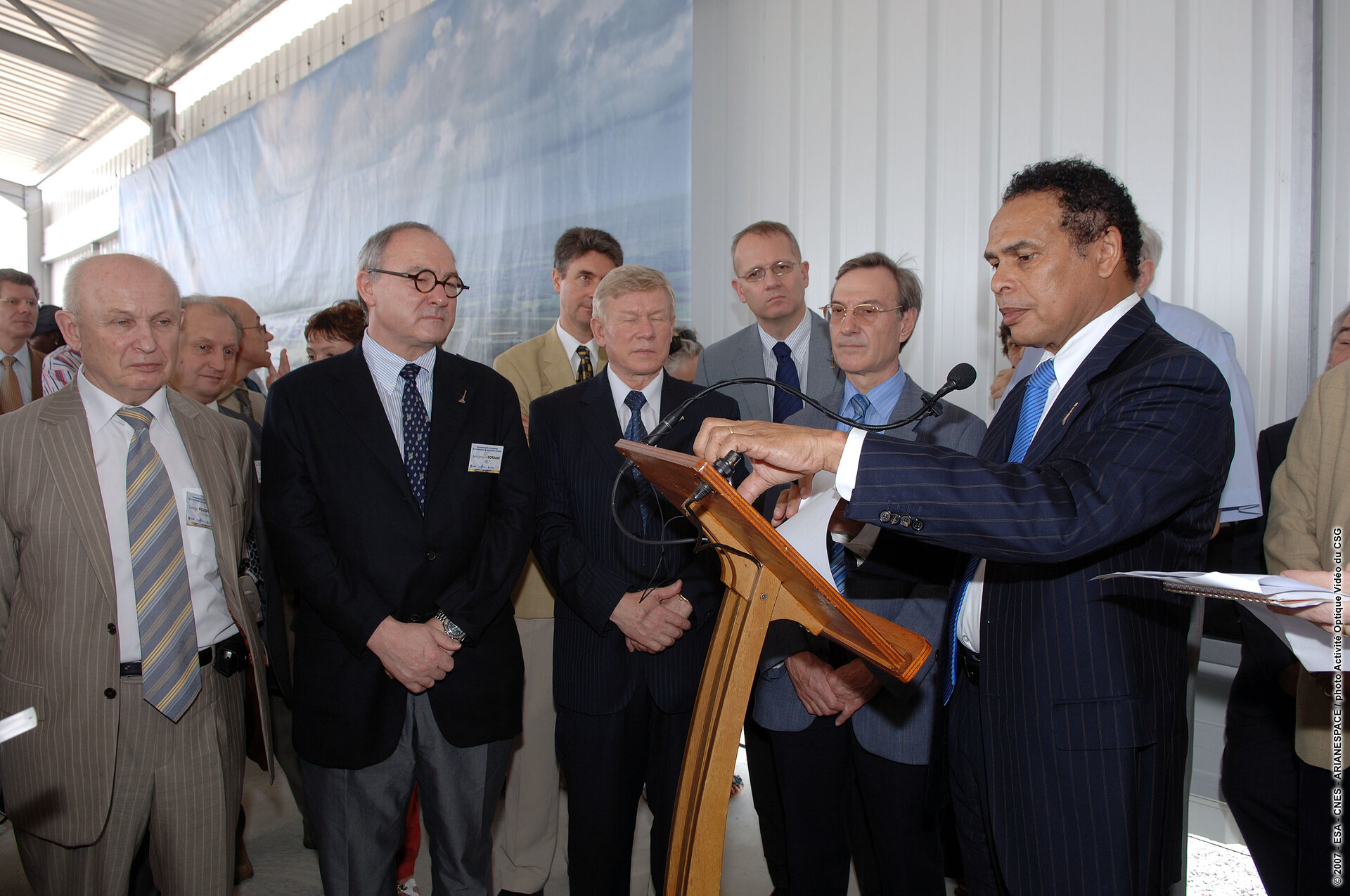 Also present were French authorities and representatives of all the European and Russian entities contributing to the startup of the project.