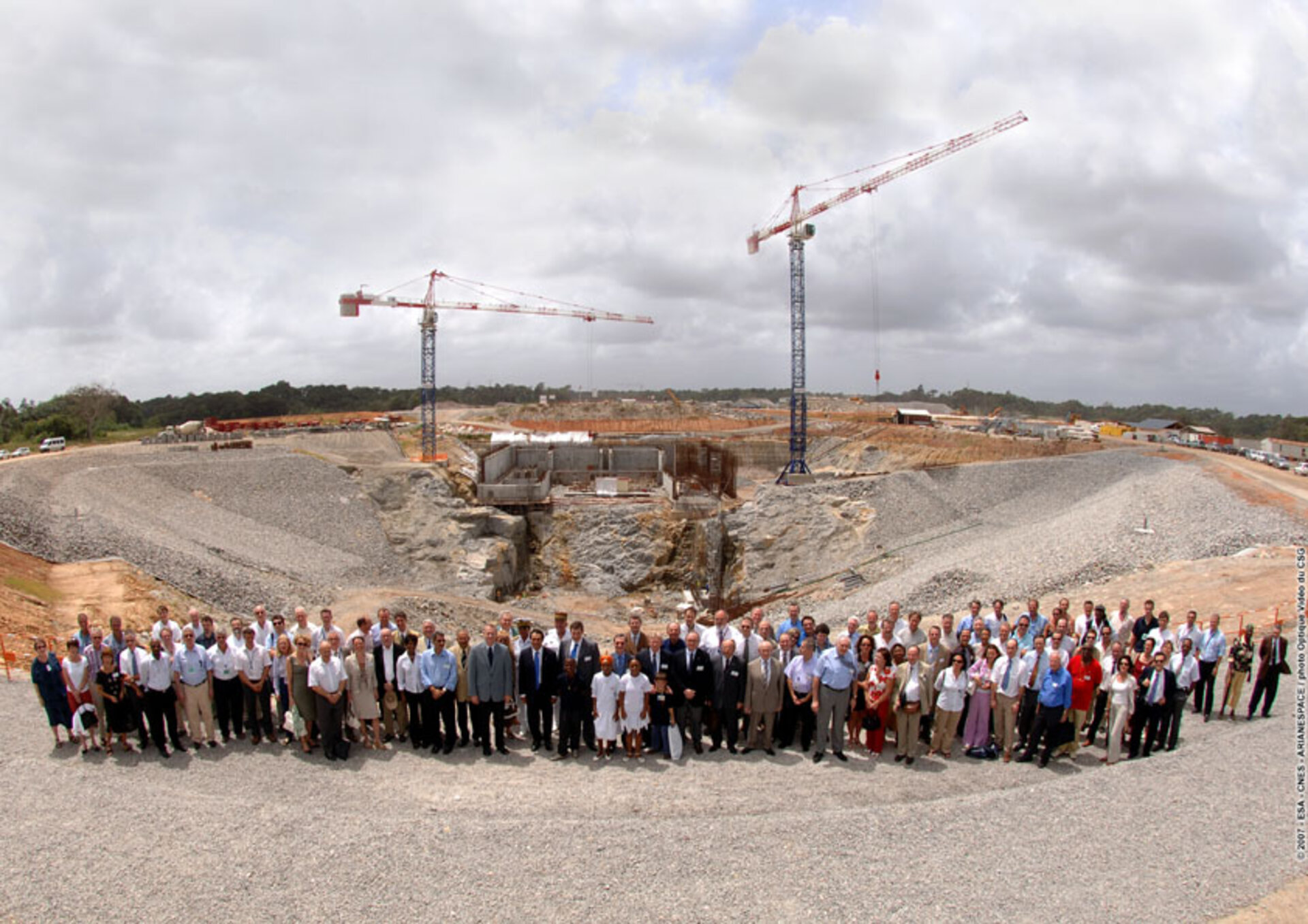 Opening of the Soyuz launch base construction site

The construction site of the Soyuz launch base in French Guiana was officially opened on 26 February 2007 by Jean-Jacques Dordain, ESA Director General, Yannick d'Escatha, President of CNES, Jean-Yves Le Gall, Director General of Arianespace, and Anatoly Perminov, Head of Roscosmos.


Launching Soyuz from the Guiana Space Centre (CSG) will make it possible to use French Guiana’s equatorial position to significantly increase the launcher's lift capability. After an inaugural flight at the end of 2008, Soyuz will launch communication satellites into geostationary orbit, navigation satellites forming part of the European Galileo constellation, Earth observation satellites into polar orbit, and interplanetary probes. Soyuz at the CSG, alongside the Ariane 5 heavy-lift launcher and Europe's small Vega launcher, will harmoniously complete the range of ESA launchers. Their exploitation is handled by Arianespace, which will be able to offer launch services for all types of missions.