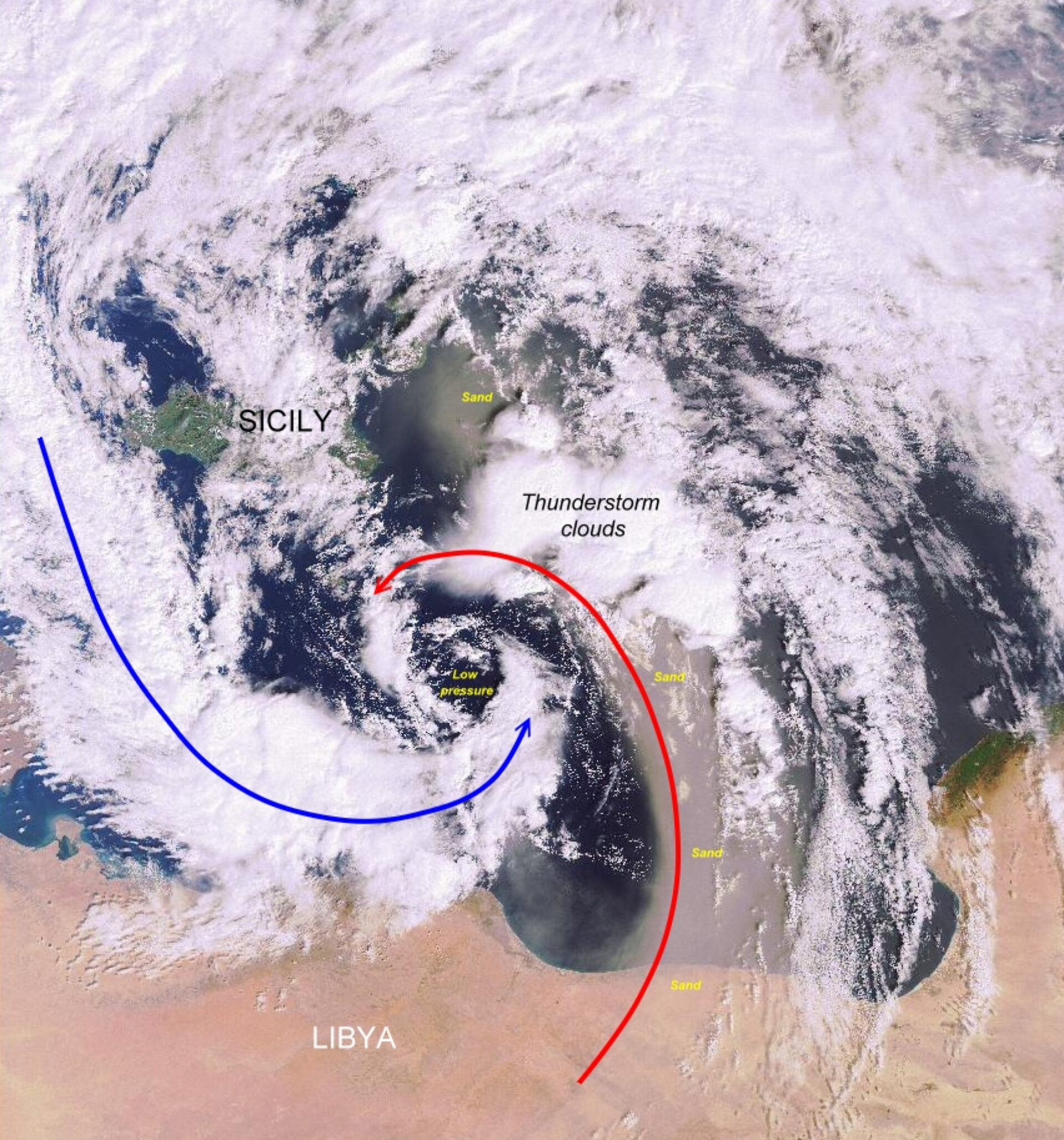 Sandstorm over the Mediterranean

A sandstorm over the Mediterranean seen by Envisat's MERIS on 10 February 2007. The cold air in this image is visible stretching from the top left side of the image down to the centre and swirling back towards the north just above Libya (represented by the blue arrow), while the warm air current is seen blowing sand from south to north (represented by the red arrow). Dust from the Sahara Desert can be transported over thousands of kilometres by convection currents, which also cause other meteorological conditions, such as thunderstorms (marked in the image).