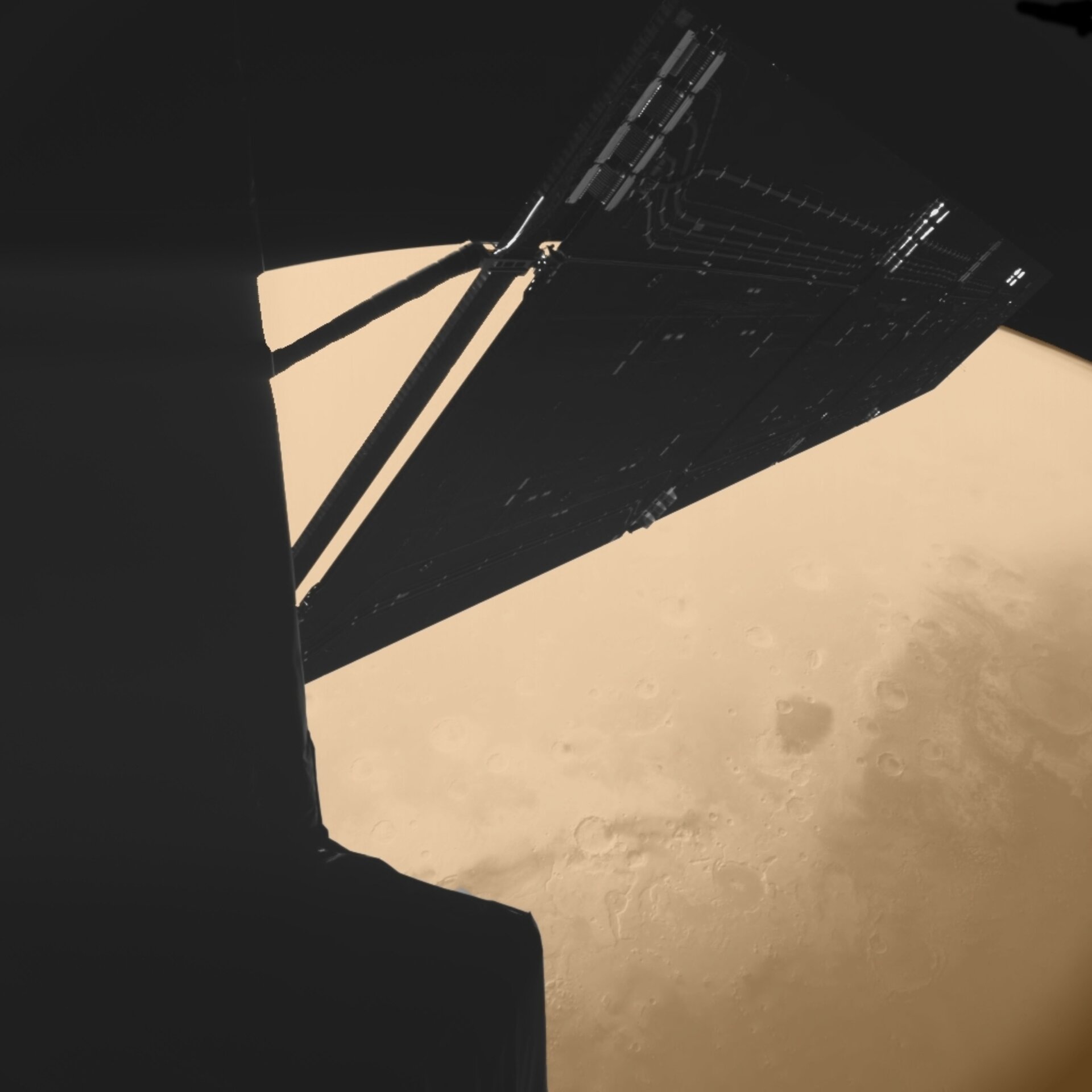 Stunning image taken by the CIVA imaging instrument on Rosetta's Philae lander just 4 minutes before closest approach at a distance of some 1000 km from Mars.

A portion of the spacecraft and one of its solar arrays are visible in nice detail. Beneath, the Mawrth Vallis region is visible on the planet’s disk. Mawrth Vallis is particularly relevant as it is one of the areas on the Martian surface where the OMEGA instrument on board ESA's Mars Express detected the presence of hydrated clay minerals - a sign that water may have flown abundantly on that region in the very early history of Mars.