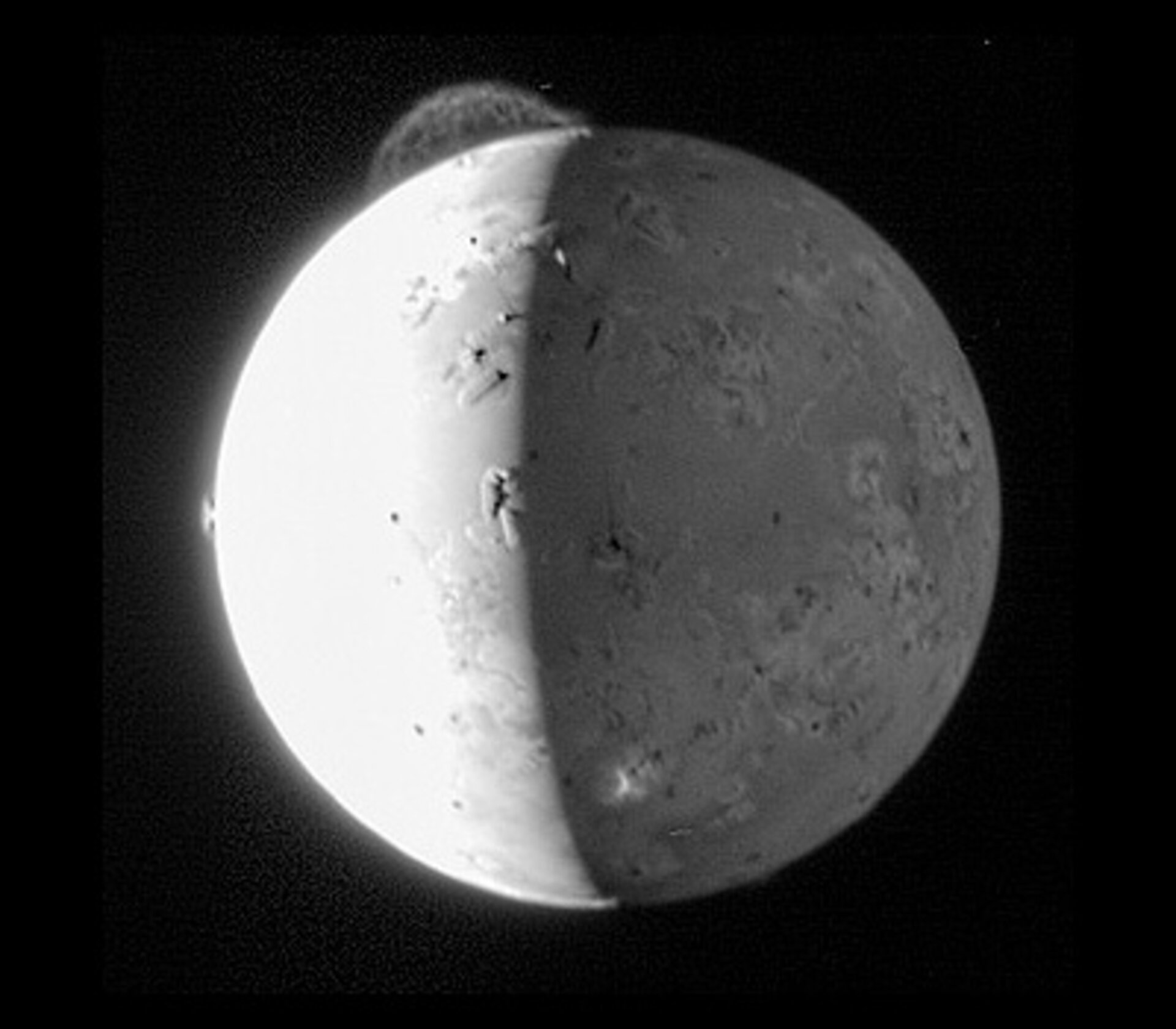 A plume on Io erupting from the volcano Tvashtar

This image of a plume erupting from Tvashtar, a volcano on Io was taken by the Long Range Reconnaissance Imager (LORRI) on New Horizons at 11:04 Universal Time on February 28, 2007. Five hours after the spacecraft's closest approach to Jupiter, the picture was taken from a distance of 2.5 million kilometres.

The image was centred at 85 degrees west longitude, in the 11 o'clock direction near Io's north pole. The plume depicted is about 290 kilometres high. Seen at first by the Hubble Space Telescope, and then two weeks later on February 26 2007 by New Horizons itself, this image is much clearer. This is due to longer exposure; there is an excellent view of the night-side illuminated by Jupiter.

The filamentary structure seen in the plume is similar to that seen in the 1979 Voyager images of the plume produced by Io’s volcano Pele. This is the first time that these mysterious structures have been seen so clearly.