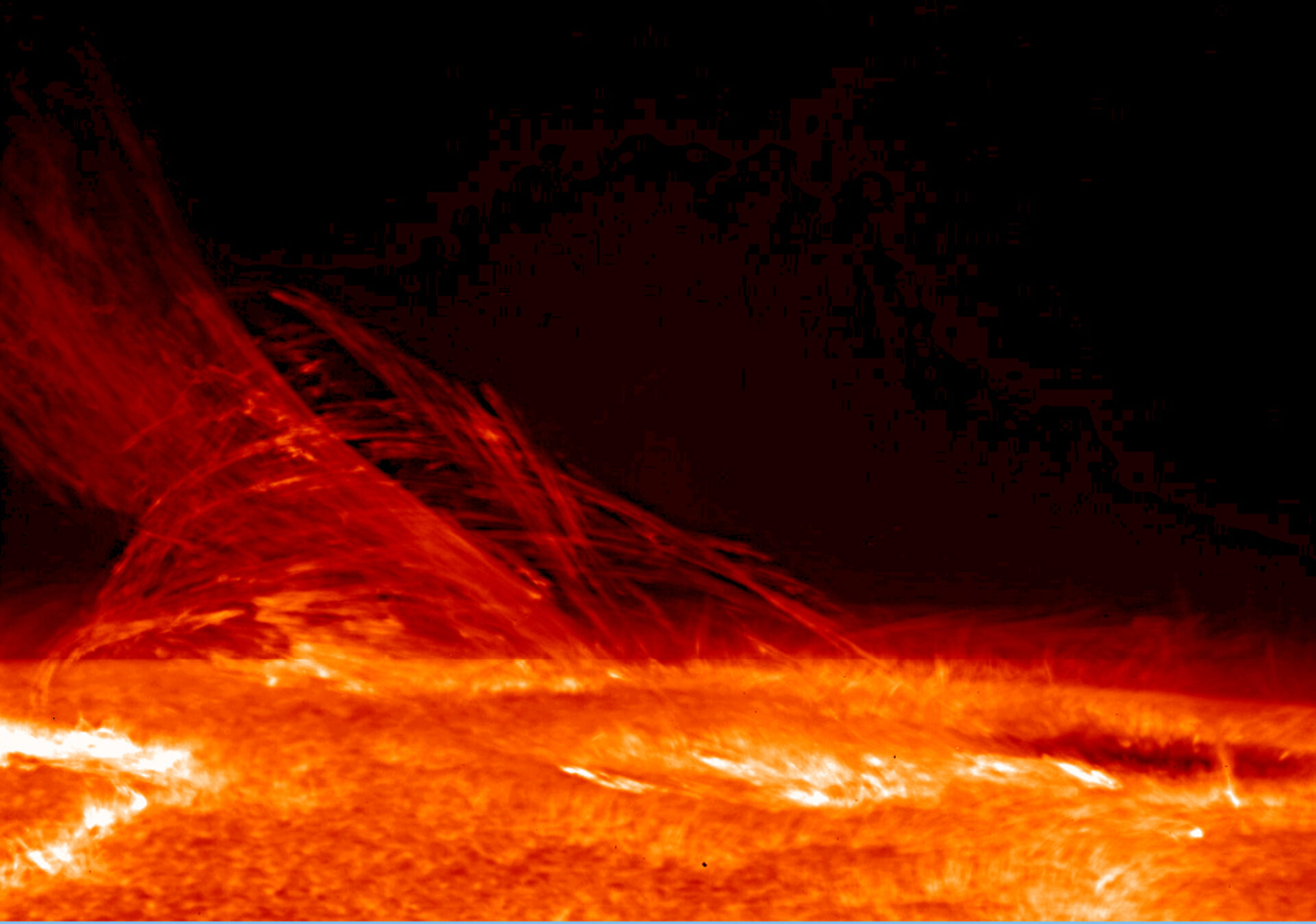 Another view of the Sun's 'chromosphere'

This image of the solar 'chromosphere' was obtained on 12 January 2007 by the Hinode solar observatory. The image reveals the filamentary nature of the plasma (gas of charged particles) connecting regions of different magnetic polarity.


Before such images were obtained, scientists thought the chromosphere was a motionless 'layer', but Hinode showed that this description is obsolete. The satellite reveals a chromosphere that appears as constantly moving field lines like grassland with tall grass swaying under the wind.