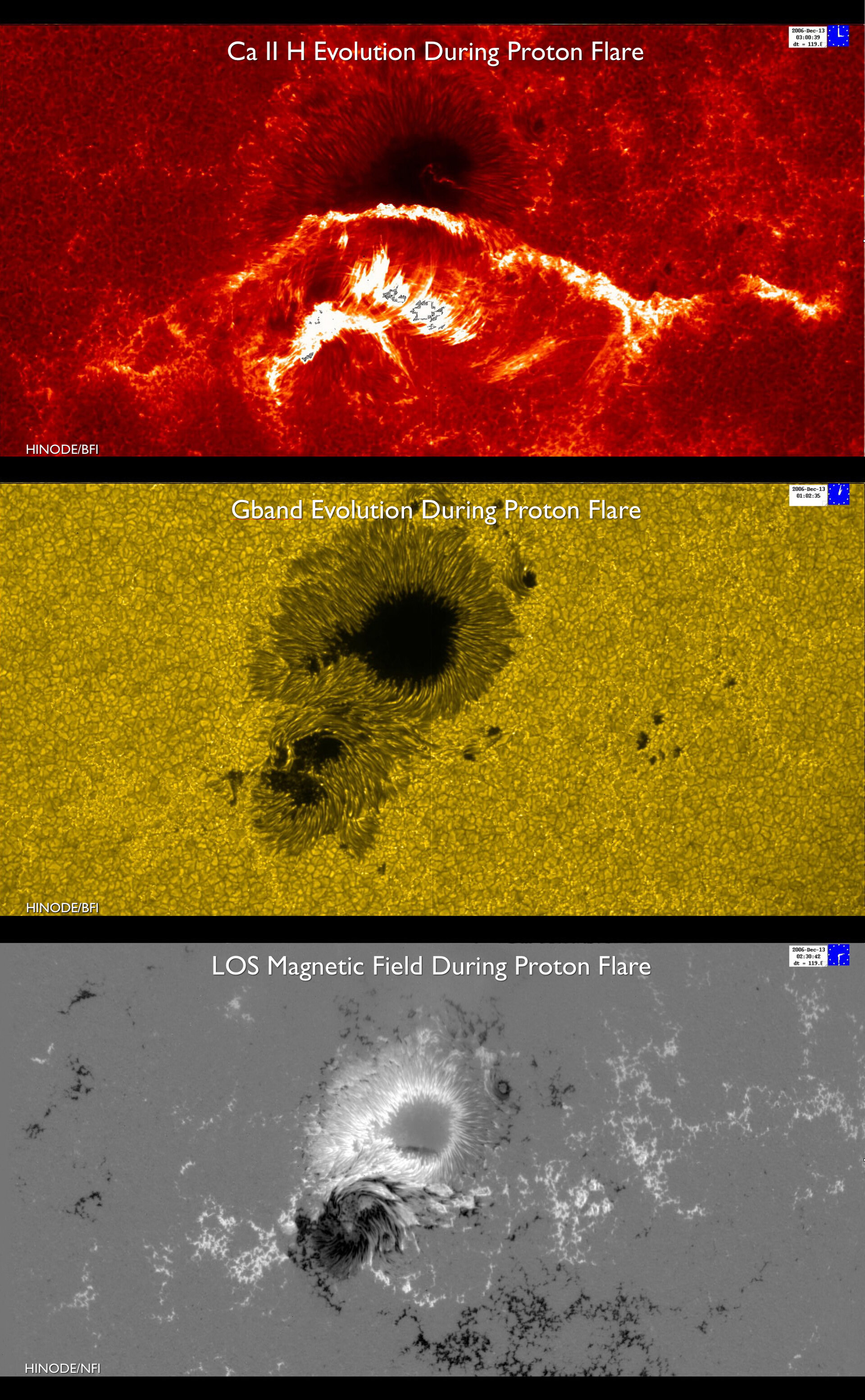 Hinode's Solar Optical Telescope (SOT) provides crystal-clear images of features on the sun's surface. This composite image shows a whirl of a new developing sunspot colliding with an existing spot that explodes into a major solar flare.

The solar flare depicted here was captured on 13 December 2006, and it is shown in three different wavelenghts (the separate files can be viewed here: NASA_Flare_CaH.tif ; NASA_Flare_Gband.tif; NASA_Flare_Mag.tif).

The flare produced high-energy protons that reached the Earth at the time of STS-116 Space Shuttle flight.