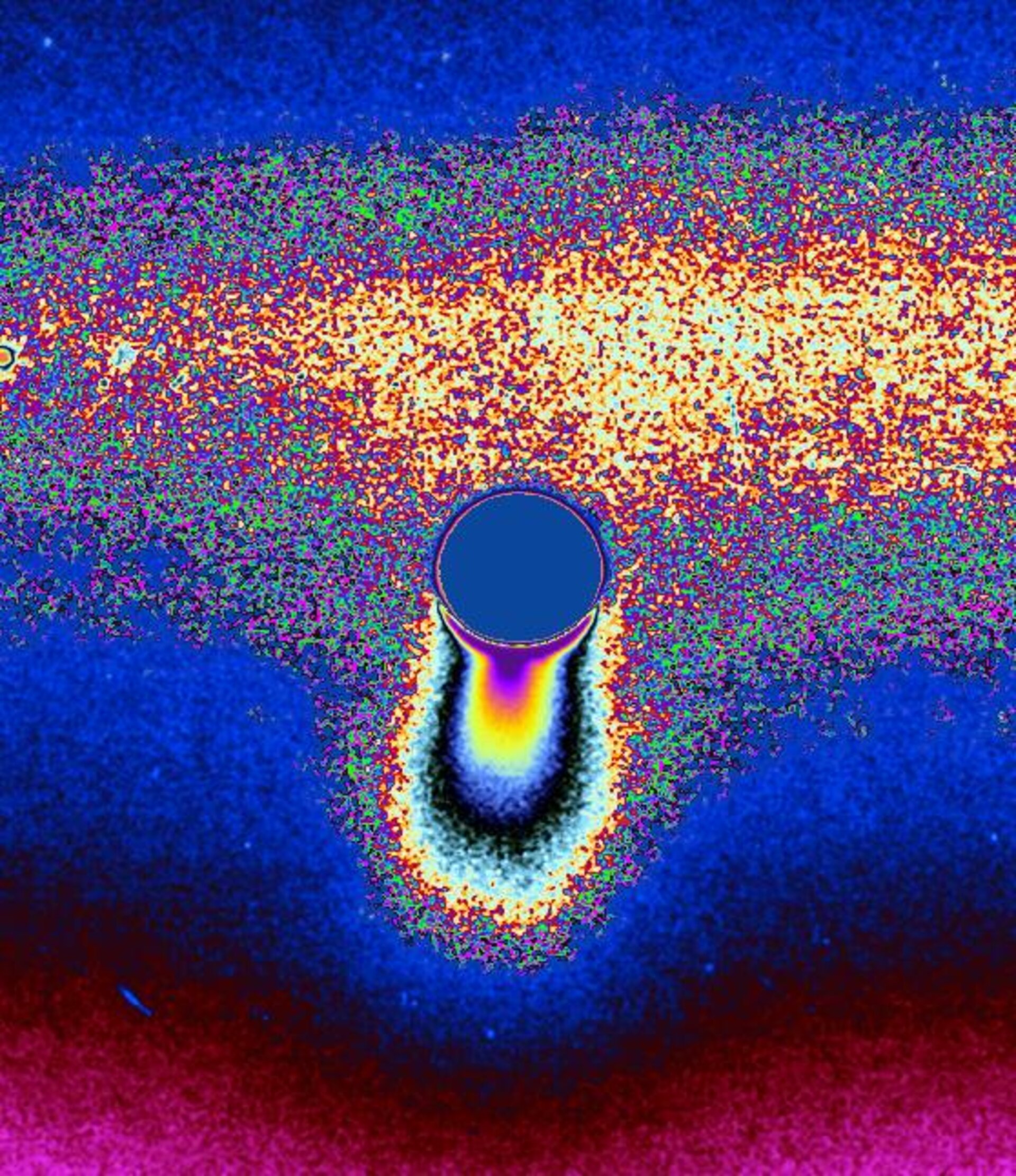 The ice jets of Enceladus send particles streaming into space hundreds of kilometres above the south pole of this spectacularly active moon. Some of the particles escape to form the diffuse E ring around Saturn.
This colour-coded image was processed to enhance faint signals, making the contours and extent of the fainter, larger-scale component of the plume easier to see.

The bright strip behind and above Enceladus (505 kilometres) is the E ring, in which this intriguing body resides. The small round object at far left is a background star.

The image was taken in visible light with the Cassini spacecraft narrow-angle camera on 24 March 2006 at a distance of approximately 1.9 million kilometres from Enceladus and at a Sun-Enceladus-spacecraft, or phase, angle of 162 degrees. Image scale is 11 kilometres per pixel.