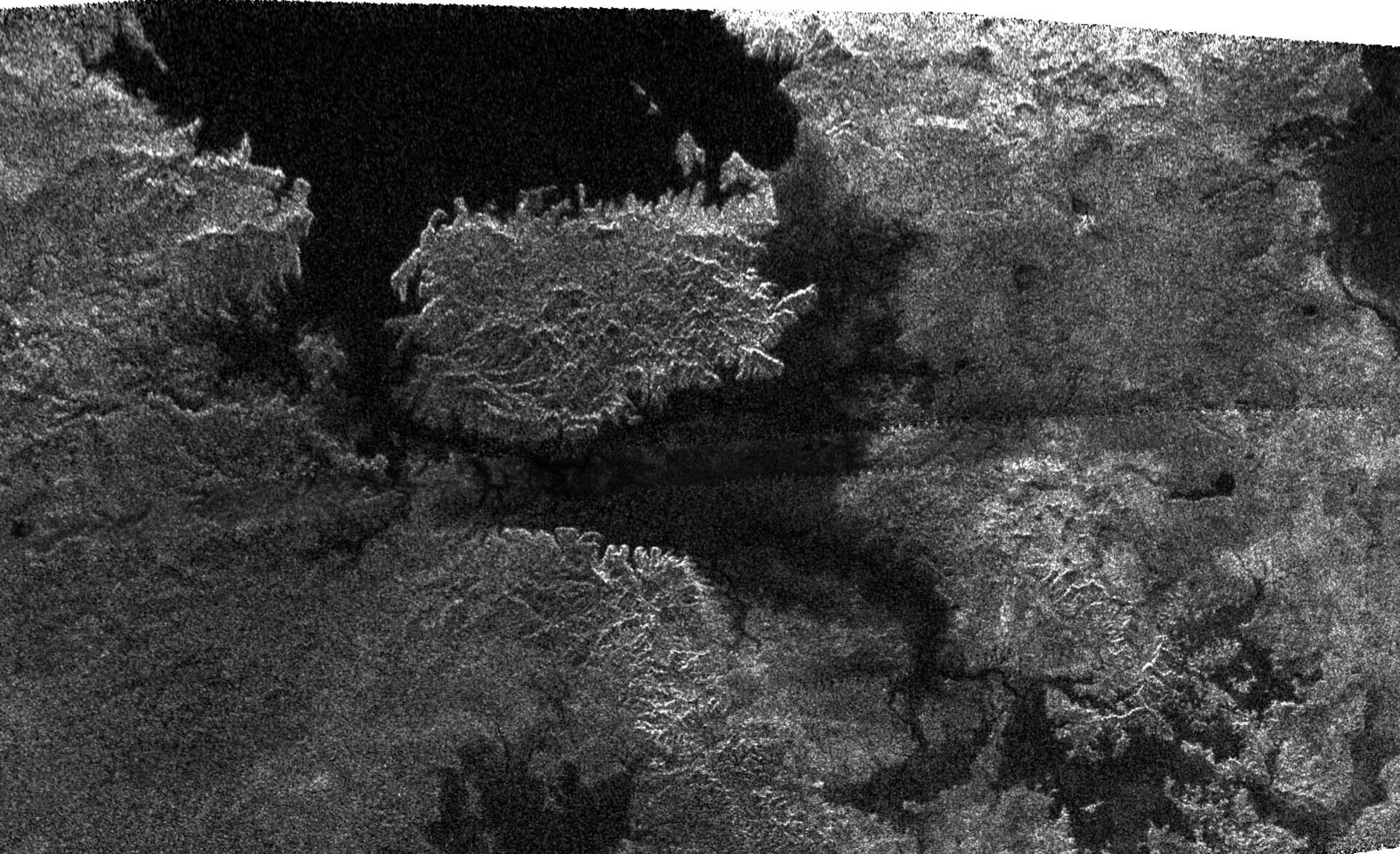 Larger and larger lakes on Titan

This radar image, obtained by Cassini's radar instrument during a near-polar flyby on 22 February 2007, shows a big island smack in the middle of one of the larger lakes imaged on Saturn’s moon Titan. This image offers further evidence that the largest lakes are at the highest latitudes.

The island is about 90 by 150 kilometers across, about the size of the Big Island of Hawaii. The island may actually be a peninsula connected by a bridge to a larger stretch of land. As you go farther down the image, several very small lakes begin to appear, which may be controlled by local topography.

This image was taken in synthetic aperture mode at 700-metre resolution, and is centred at about 79 °N and 310 °W (North is toward the left of the image).