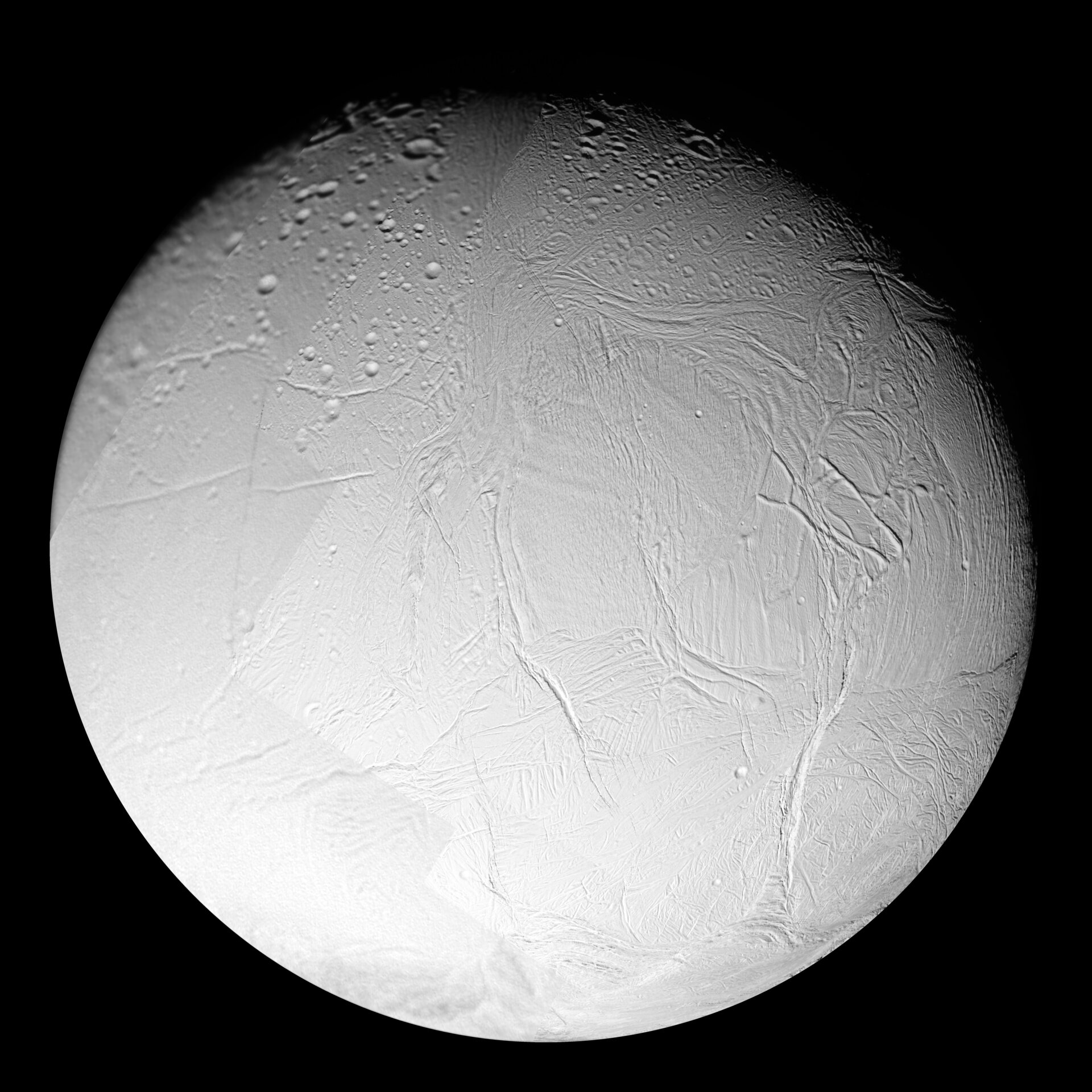 This 16-image mosaic of Enceladus was taken during Cassini's first close flyby of this moon of Saturn on 17 February 2005.

This mosaic shows the trailing hemisphere of Enceladus - the side of Enceladus that always faces away from the direction of the satellite's orbital motion. This hemisphere is dominated by Sarandib Planitia (just right of center), a region thought to be dominated by smooth plains in NASA Voyager 2 images taken in August 1981, but shown here in much higher resolution images to be covered in low ridges and troughs. Other major features seen in the region include Labtayt Sulci, a 1-kilometre deep canyon running northward from a cusp in the south polar terrain boundary (Cashmere Sulci) at lower right to a set of 1-kilometre-tall ridges (Cufa Dorsa and Ebony Dorsum) east of Sarandib Planitia, as well as Samarkand Sulci, a band of ridges and troughs running along the western margin of Sarandib Planitia almost all the way north to Enceladus' north pole.

In contrast to the youthful terrain of Sarandib Planitia and the terrain south of it, the terrain north and west of Sarandib appears much older. These regions are covered with impact craters at various stages of degradation, either from viscous relaxation (which causes the craters to flatten over time), or from tectonic activity.

To create this single full-disc mosaic, the 16 images were reprojected into an orthographic projection centered at 2.3 degrees north latitude, 317.7 degrees west longitude with a pixel scale of 63 metres per pixel. The original images were taken by the Cassini spacecraft narrow-angle and wide-angle cameras from distances ranging from 10 850 to 29 750 kilometres. The images had a phase, or sun-Enceladus-spacecraft, angle of 28 degrees.