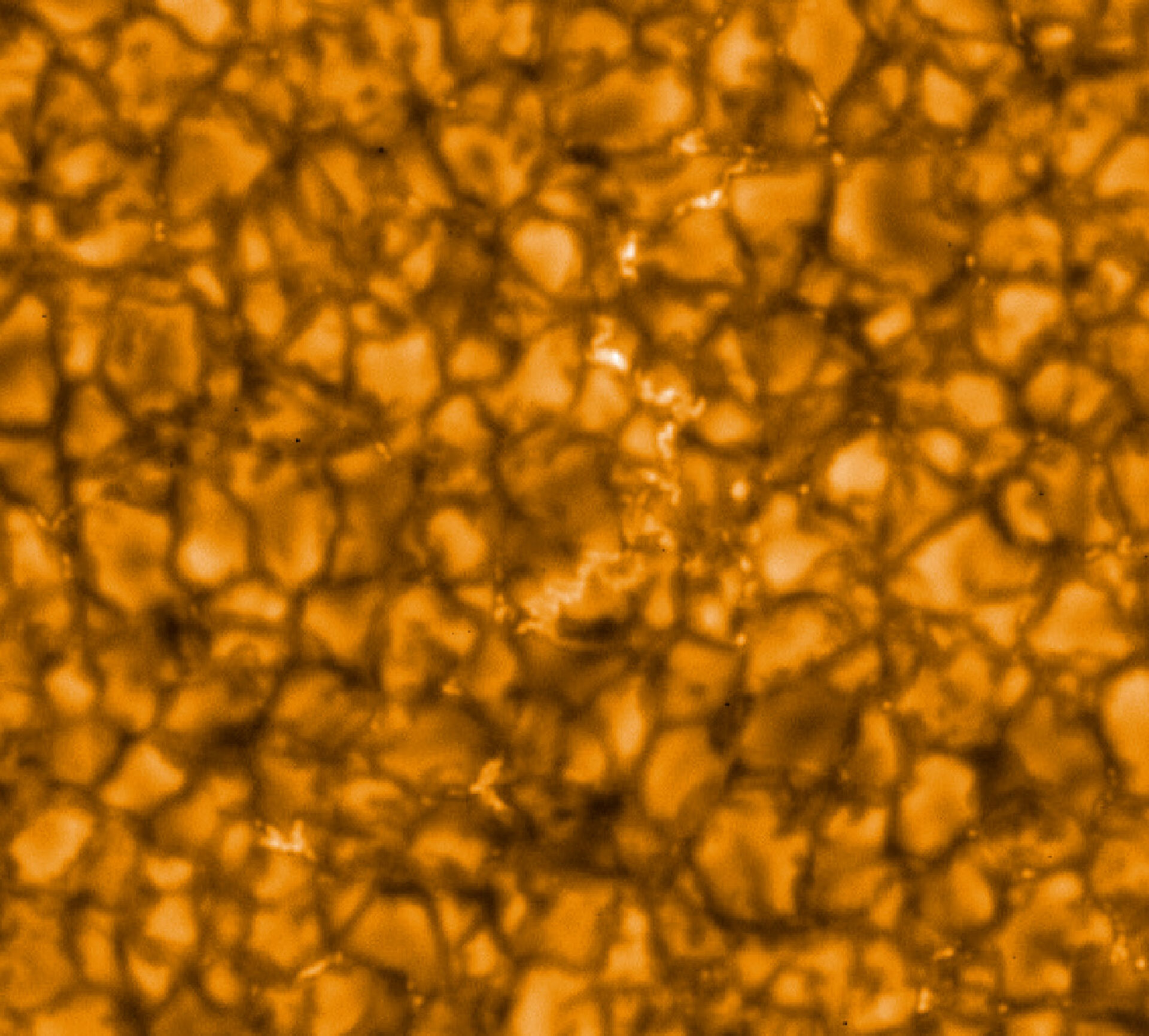 Solar surface as seen by Hinode

Hinode's Solar Optical Telescope (SOT) is the first space-borne instrument to measure the strength and direction of the sun's magnetic field in the sun's low atmosphere, also called the photosphere. This image from the Solar Optical Telescope shows a greatly magnified portion of the solar surface. Energy from below the surface of the sun is transported by convection and results in the convection cells, or granulation, seen in this image. The lighter areas reveal where gases are rising from below, while the darker ' intergranular lanes' reveal where cooler gases are sinking back down.