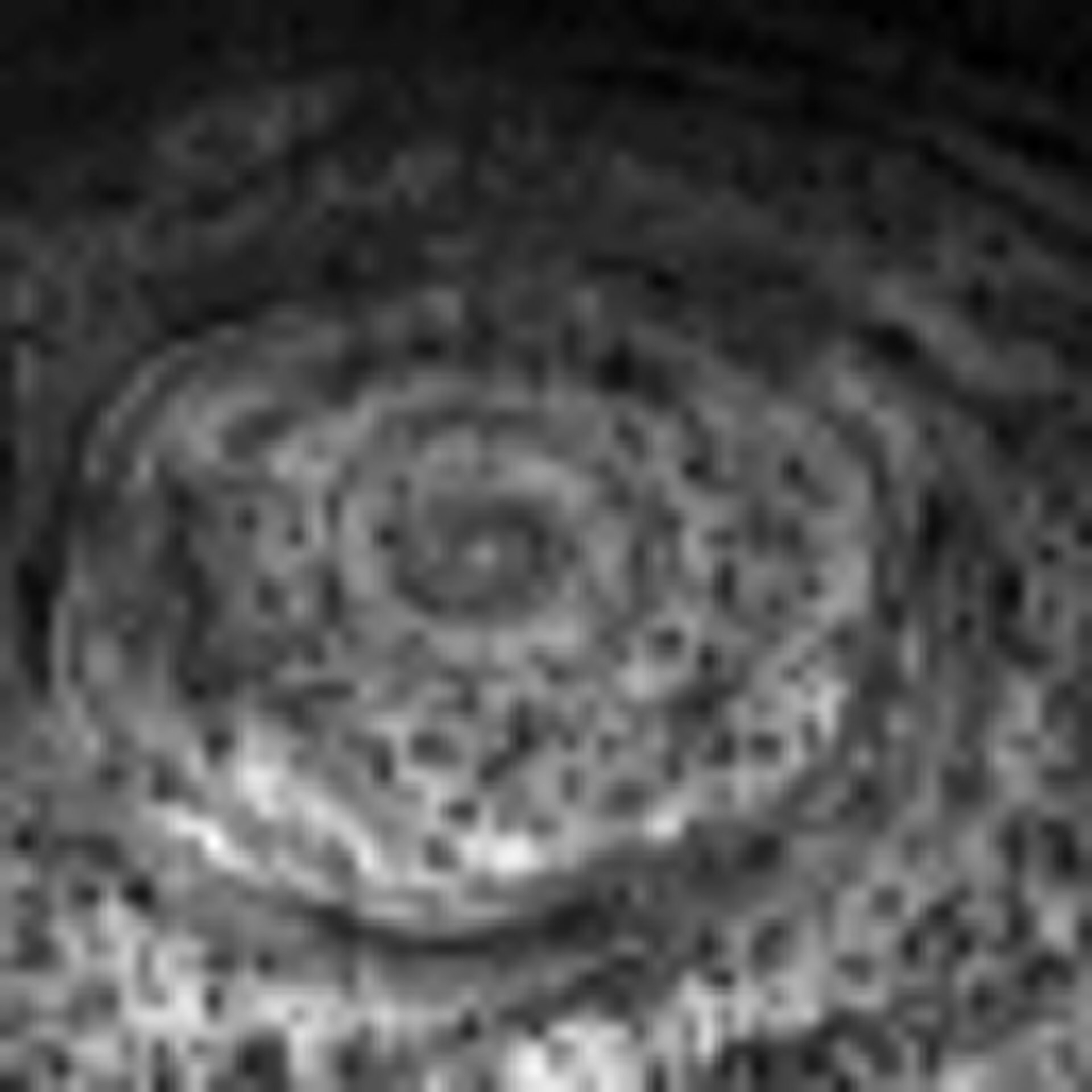 This nighttime movie of the depths of the north pole of Saturn taken by the visual infrared mapping spectrometer (VIMS) onboard NASA’s Cassini Orbiter reveals a dynamic, active planet lurking underneath the ubiquitous cover of upper-level hazes. The defining feature of Saturn’s north polar regions—the six-sided hexagon feature—is clearly visible in the image.

Here, brightness indicates the amount of 5-micron (seven times the wavelength visible to the human eye) radiation, or heat, generated in the depths of the warm interior of Saturn that escapes the planet. Clouds at a depth equivalent to 3-Earth-atmospheres pressure block the light radiating from below, revealing themselves in dark silhouette against the background thermal glow of the planet. These deep clouds lie some 75 kilometres underneath the typical ammonia hazes and clouds seen in visual imagery and are likely composed of ammonia-hydrosulfide, although some may be composed of water, as on Earth. A prominent feature seen in this polar view is a strange hexagon wave feature circumscribing the north pole.

This nighttime movie was acquired over a one-hour period on 10 November 2006, from an average distance of 1.03 million kilometres above Saturn’s clouds.