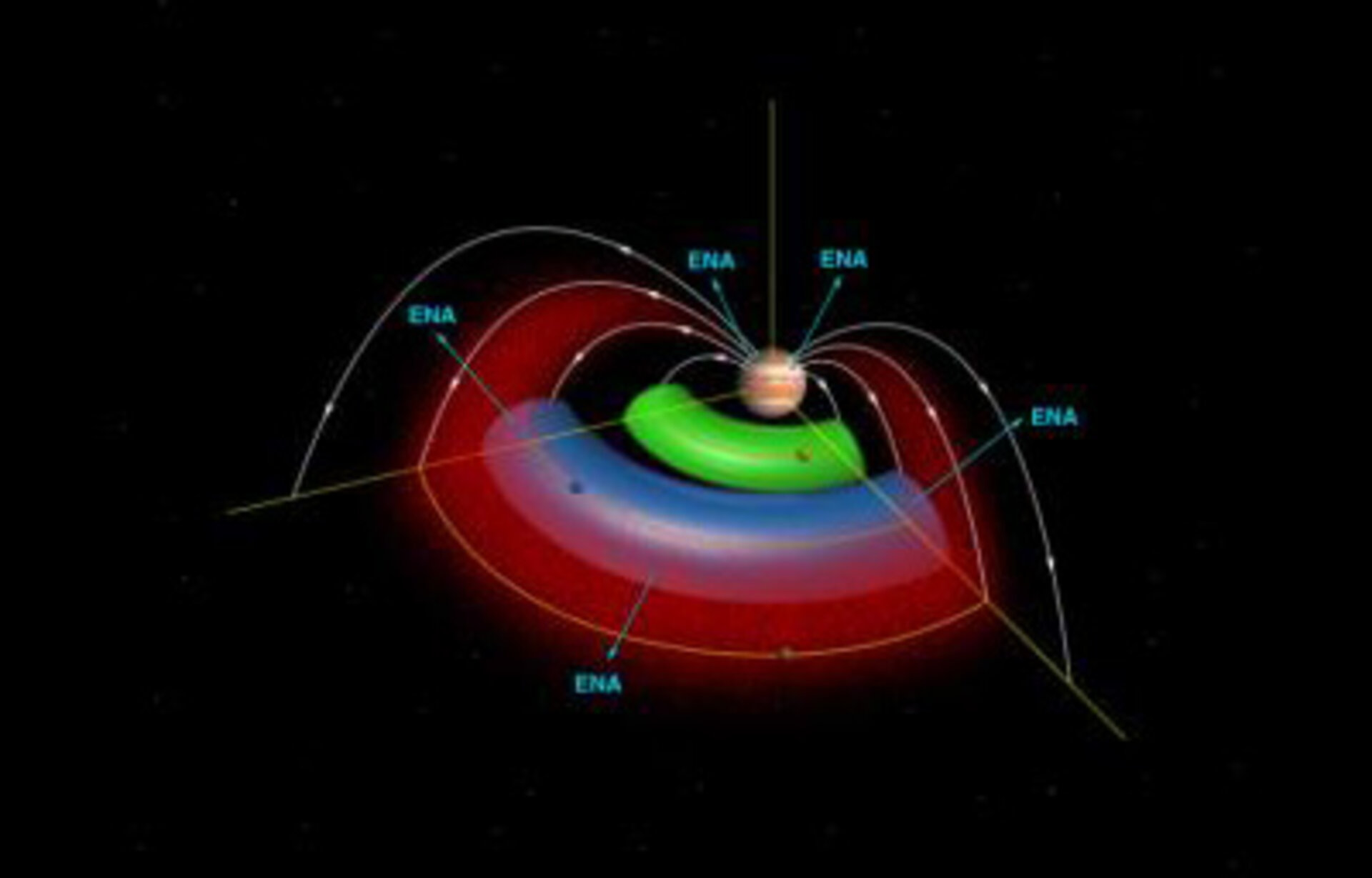 The space near Jupiter

A drawing of space near Jupiter, showing a portion of the radiation belts (in red), the Io torus (green) and the Europa torus (blue). The blue and green belts come from the atmospheres of the moons Europa and Io.

In a coordinated observation campaign started at the end of February 2007, ESA's Rosetta and NASA's New Horizon spacecraft are studying Jupiter's space environment, while travelling on their way to their respective destinations - comet 67P/Churyumov-Gerasimenko and the Pluto system.

The picture comes from measurements taken by the Cassini spacecraft.