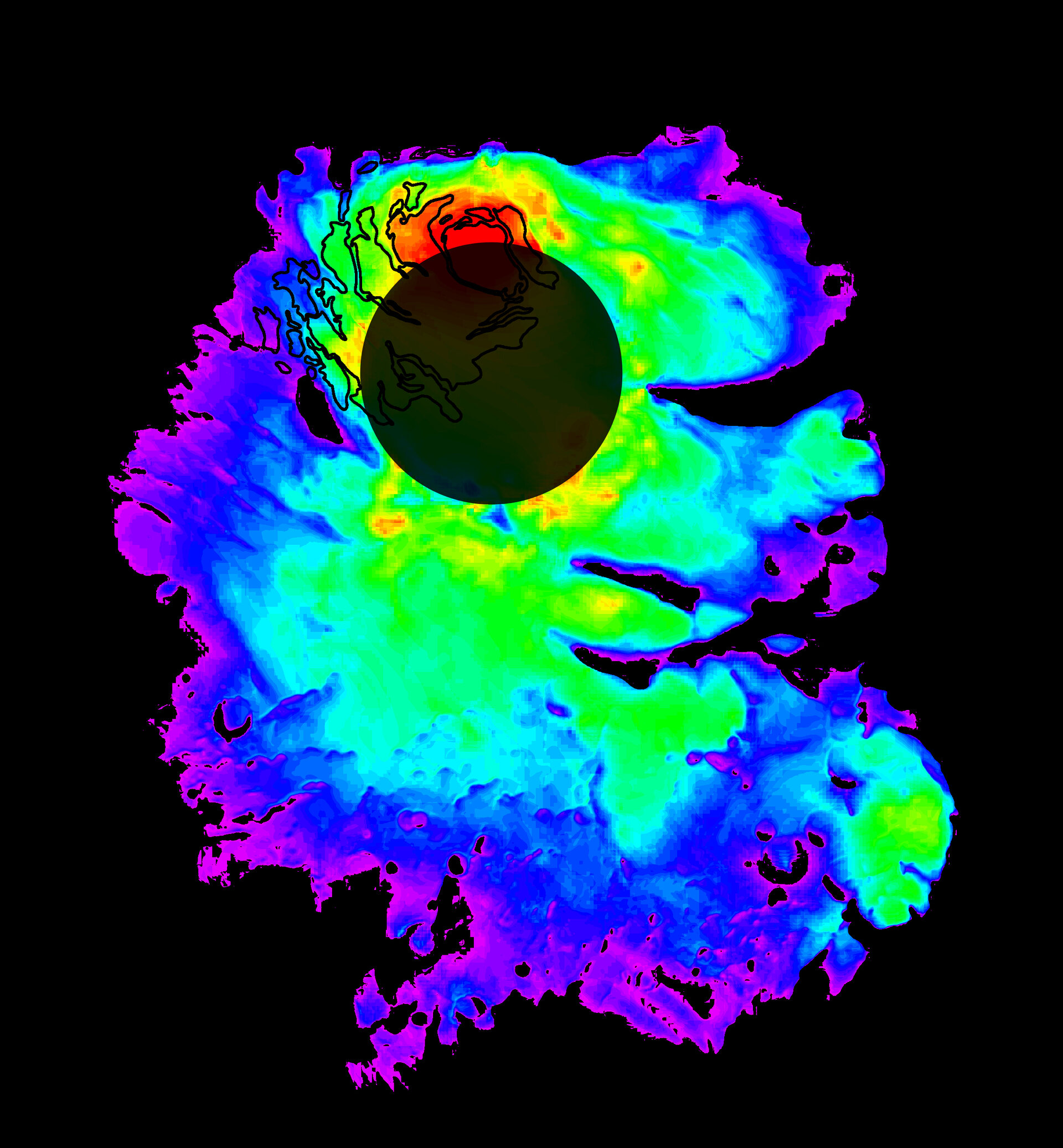 This map shows the thickness of the south polar layered deposits of Mars, an ice-rich geologic unit that was probed by the Mars Advanced Radar for Subsurface and Ionospheric Sounding (MARSIS) on board ESA’s Mars Express. A non-annotated version of the image can be found here.

The thickness of the layered deposits was determined by measuring the time delay between radar echoes from the surface and those from the lower boundary, or ‘bed’, of the deposits. The radar data indicate that the deposit, larger than than a big portion of Europe in area, is more than 3.7 kilometres thick in places, and that the material consists of nearly pure water ice with only a small component of dust.

The map was generated by comparing the elevation of the bed as determined by MARSIS with the high-resolution map of surface topography obtained by the Mars Orbiter Laser Altimeter (MOLA) aboard NASA’s Mars Global Surveyor. The thickness of the layered deposits is shown by colors, with purple representing the thinnest areas, and red the thickest.

The total volume of ice in the layered deposits is equivalent to a water layer 11 metres deep, if spread evenly across the planet. The boundary of the layered deposits was mapped by scientists from the U.S. Geological Survey. The dark circle in the upper center is the area pole-ward of 87 ° south latitude, where MARSIS data cannot be collected. The map covers an area 1670 by 1800 kilometres.