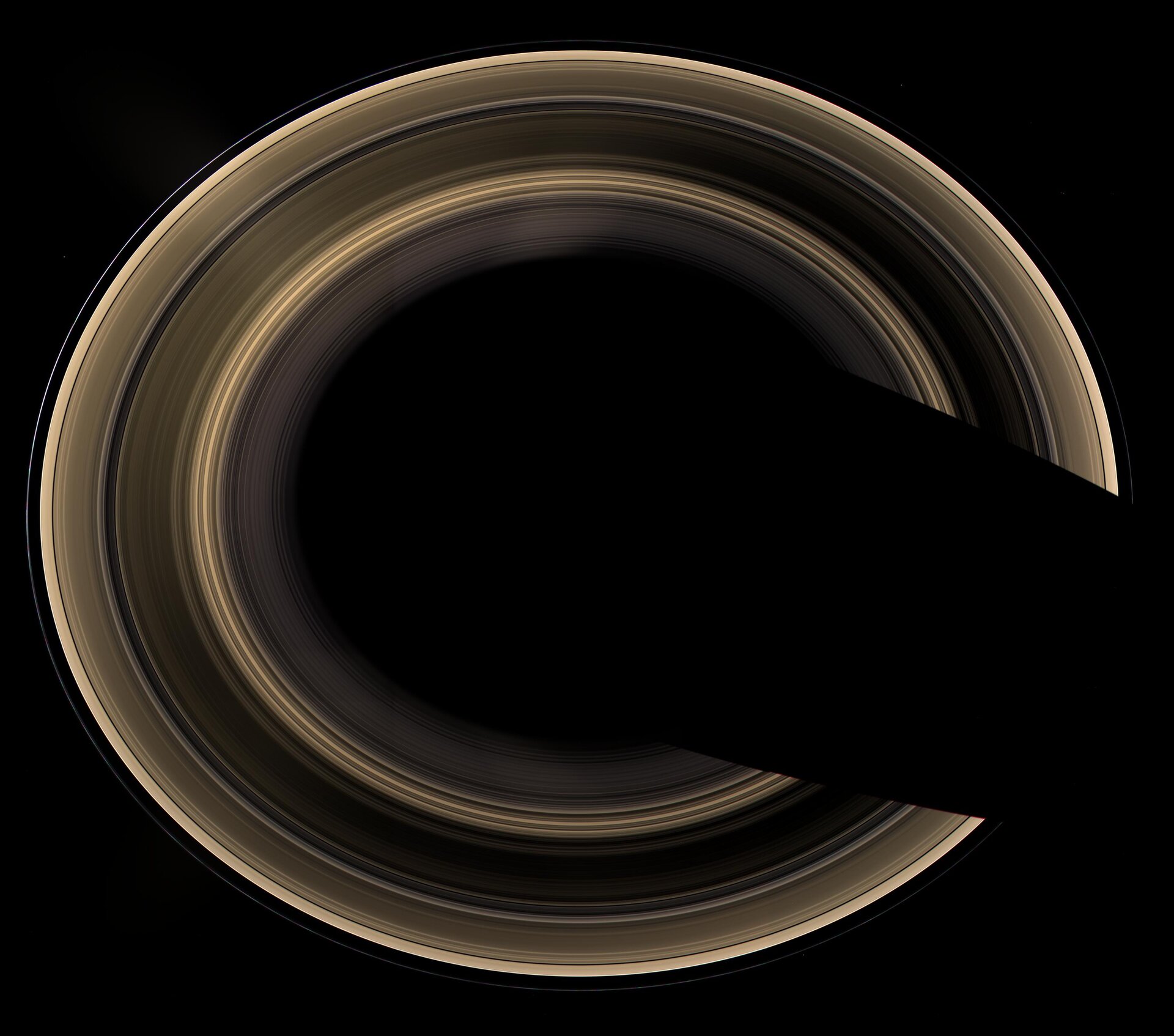 Cassini, the robotic emissary flying high above Saturn, captured this view of an alien copper-coloured ring world. The overexposed planet has deliberately been removed to show the unlit rings alone, seen from an elevation of 60°, the highest Cassini has yet attained.

The view is a mosaic of 27 images taken with the Cassini spacecraft wide-angle camera on 21 January 2007, over the course of about 45 minutes and at a distance of approximately 1.6 million kilometres from Saturn. Image scale is 90 kilometres per pixel.

Bright clumps of material in the narrow F ring moved in their orbits between each of the colour exposures, creating a chromatic misalignment that provides some sense of the continuous motion in the ring system. Radially extending lens-flare artefacts, which result from light being scattered within the camera optics, are present in the view.