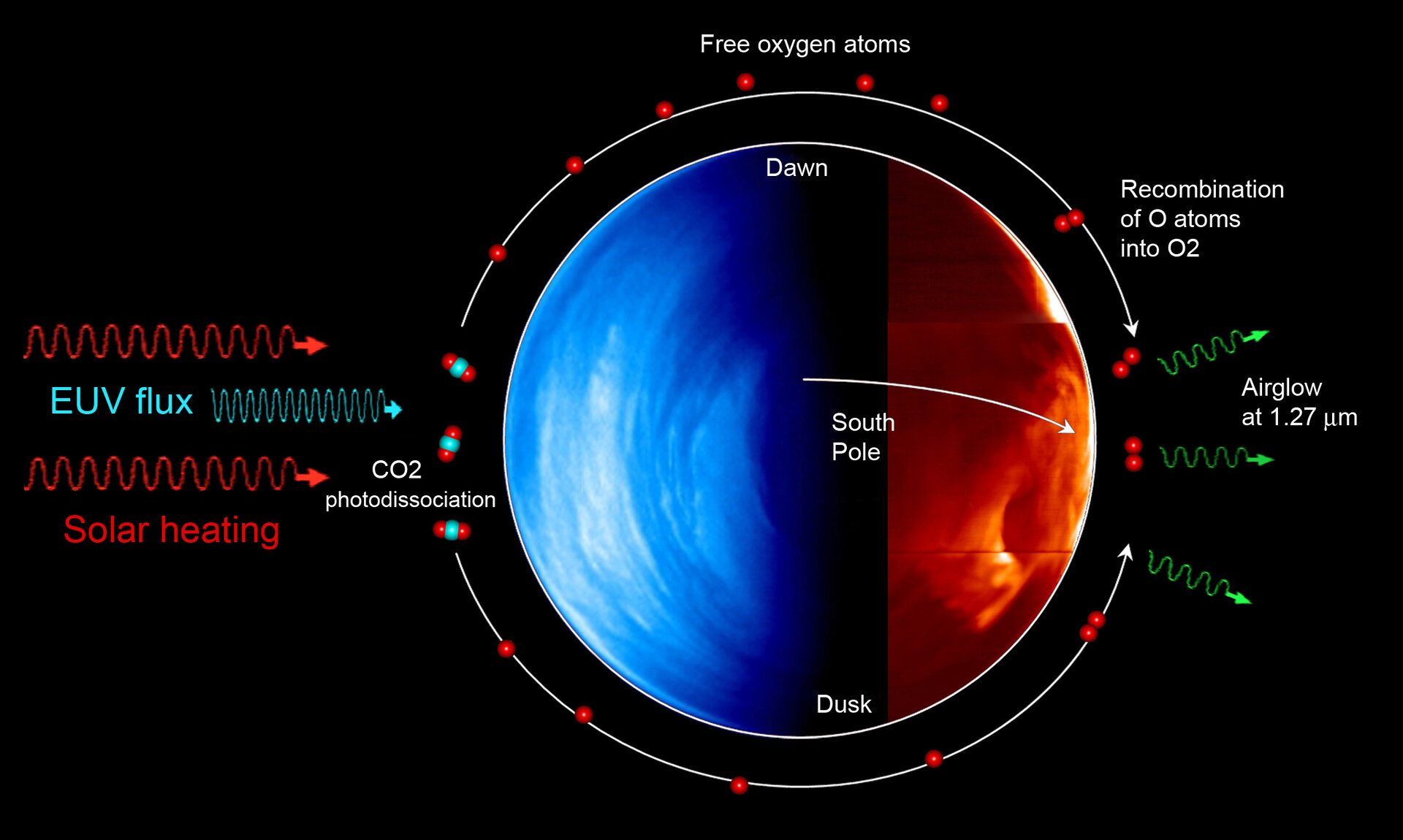 This image provides a schematic view of the oxygen airglow production in the atmosphere of Venus.

At high altitudes in the atmosphere, on the day-side of Venus, the strong flux of ultraviolet radiation coming from the Sun ‘breaks’ the molecules of carbon dioxide (‘CO2’) present in large quantity in the atmosphere, liberating oxygen atoms. These atoms are then transported by the so-called ‘sub-solar’ and ‘anti-solar’ atmospheric circulation towards the night side of the planet. Here the atoms migrate from the high atmosphere to a lower layer, called ‘mesosphere’, where they recombine into O2. By doing this, they emit light at specific infrared wavelengths.

The images used to produce the sketch were obtained by the Visible and Infrared Thermal Imaging Spectrometer (VIRTIS) onboard ESA’s Venus Express, and provide a view of the southern hemisphere of the planet.

The left image was obtained at visible wavelengths (400 nanometres) on 19 April 2006, along the capture orbit around Venus.

The right image is a composite of three VIRTIS observations performed on 22 July 2006. Because of this particular viewing geometry, the oxygen airglow appears on the right-hand side of the image (night-side equatorial region) as an area of brightness increase.