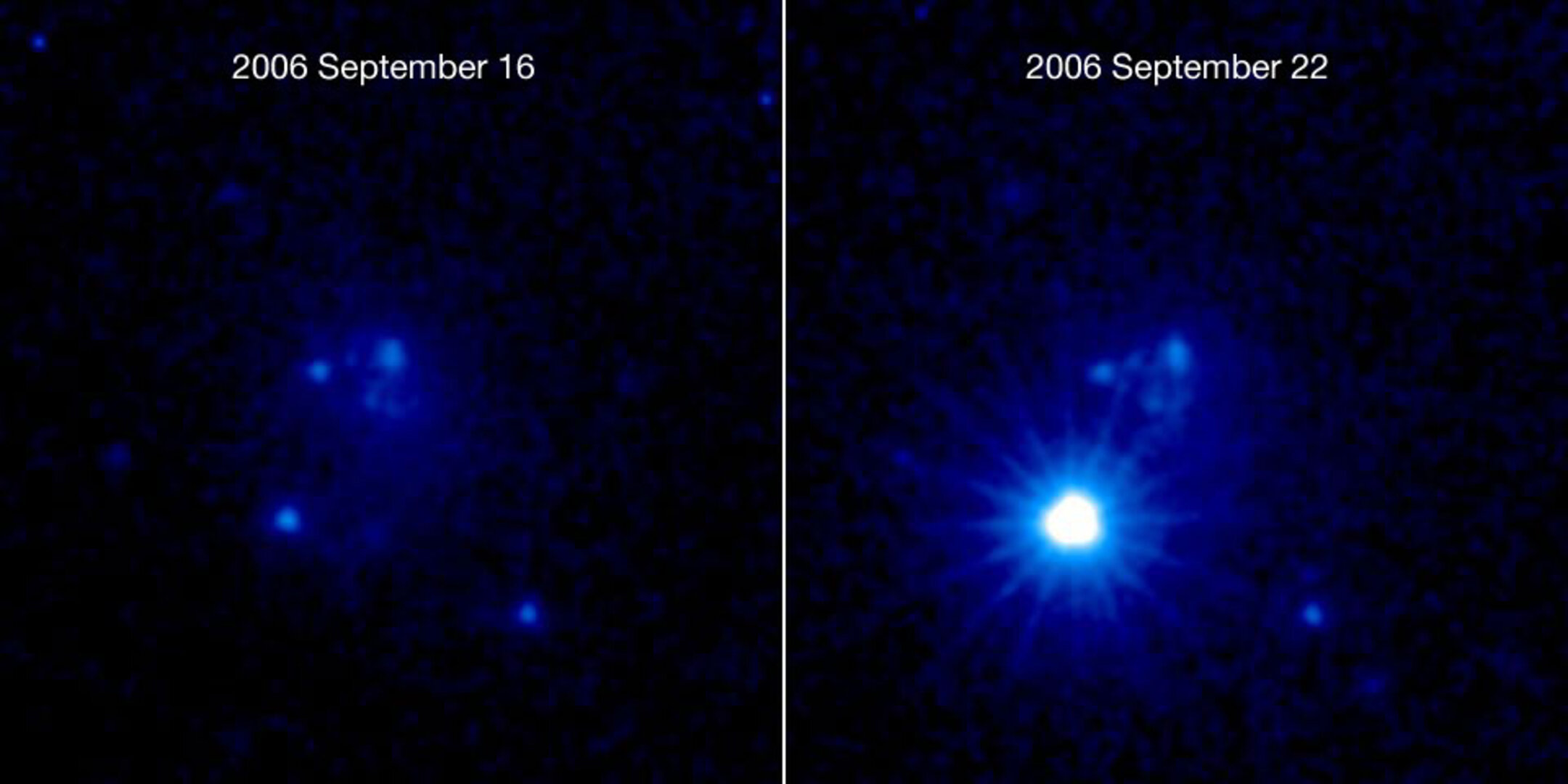 Magnetar Westerlund 1 before and after the ‘cosmic hiccup’

Located in a star cluster about 15 000 light-years away in the Ara constellation in the southern hemisphere, the magnetar goes by the unwieldy official name CXOU J164710.2-455216.

These images were taken by the European Photon Imaging Camera (EPIC), on board ESA’s XMM-Newton satellite, using 0.3-12.0 keV photons. The left panel shows the image of the field before the burst. The magnetar is brighter in the right panel, taken after the burst.

A seismic event was observed on this object on September 2005 while it was being heavily observed with several satellites, including ESA’s X-ray satellite, XMM-Newton, and NASA's Swift X-ray and gamma-ray observatory. The event caused the surface of the dense star to crack and shine brightly from multiple sources.