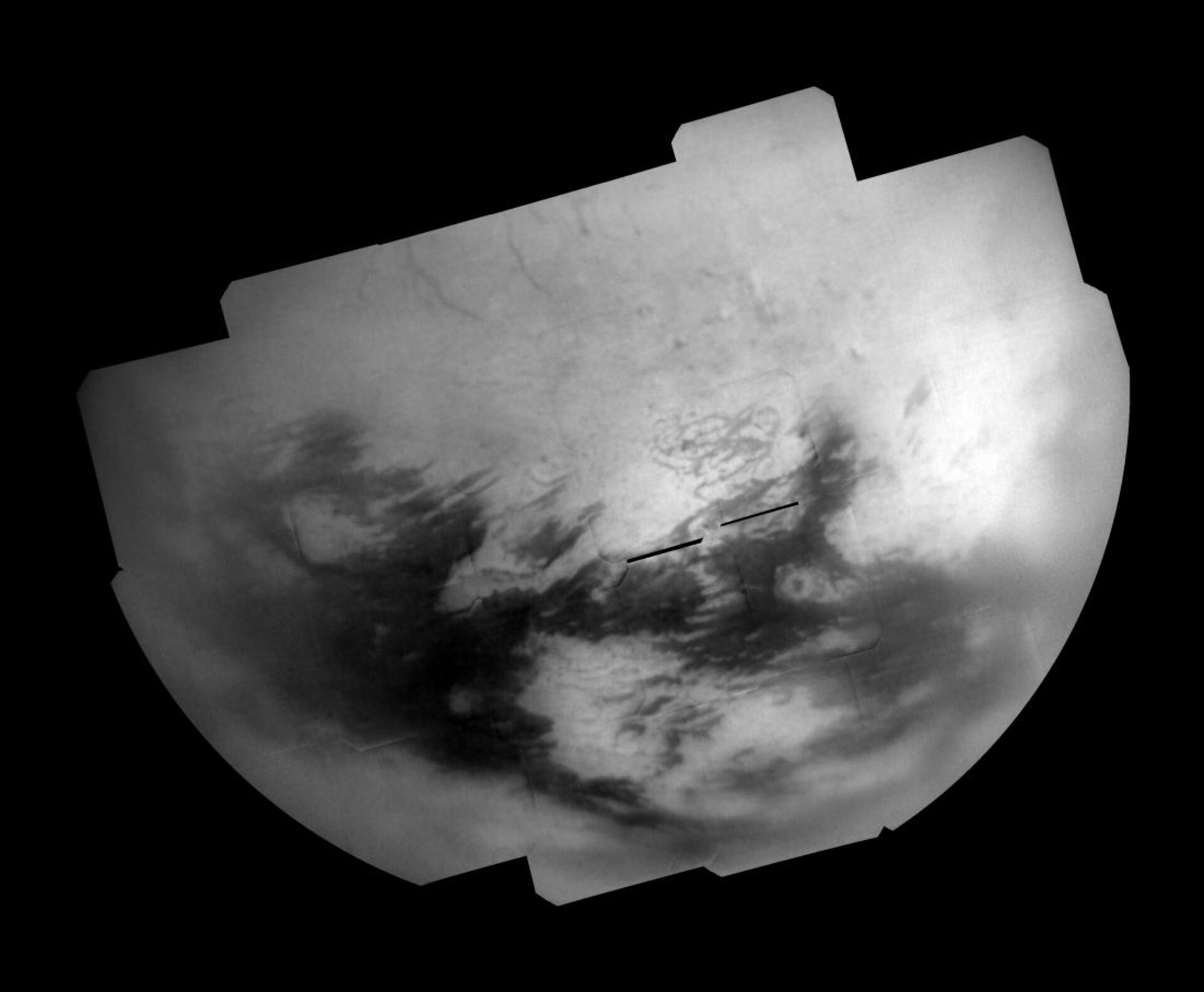 Bright and dark terrain on Titan's trailing hemisphere is revealed by Cassini's Imaging Science Subsystem in this mosaic of images taken during the T28 flyby in April 2007.

This region had only been seen at very low resolution until February 2007. Several intriguing surface features that can be seen in this mosaic warrant further study.