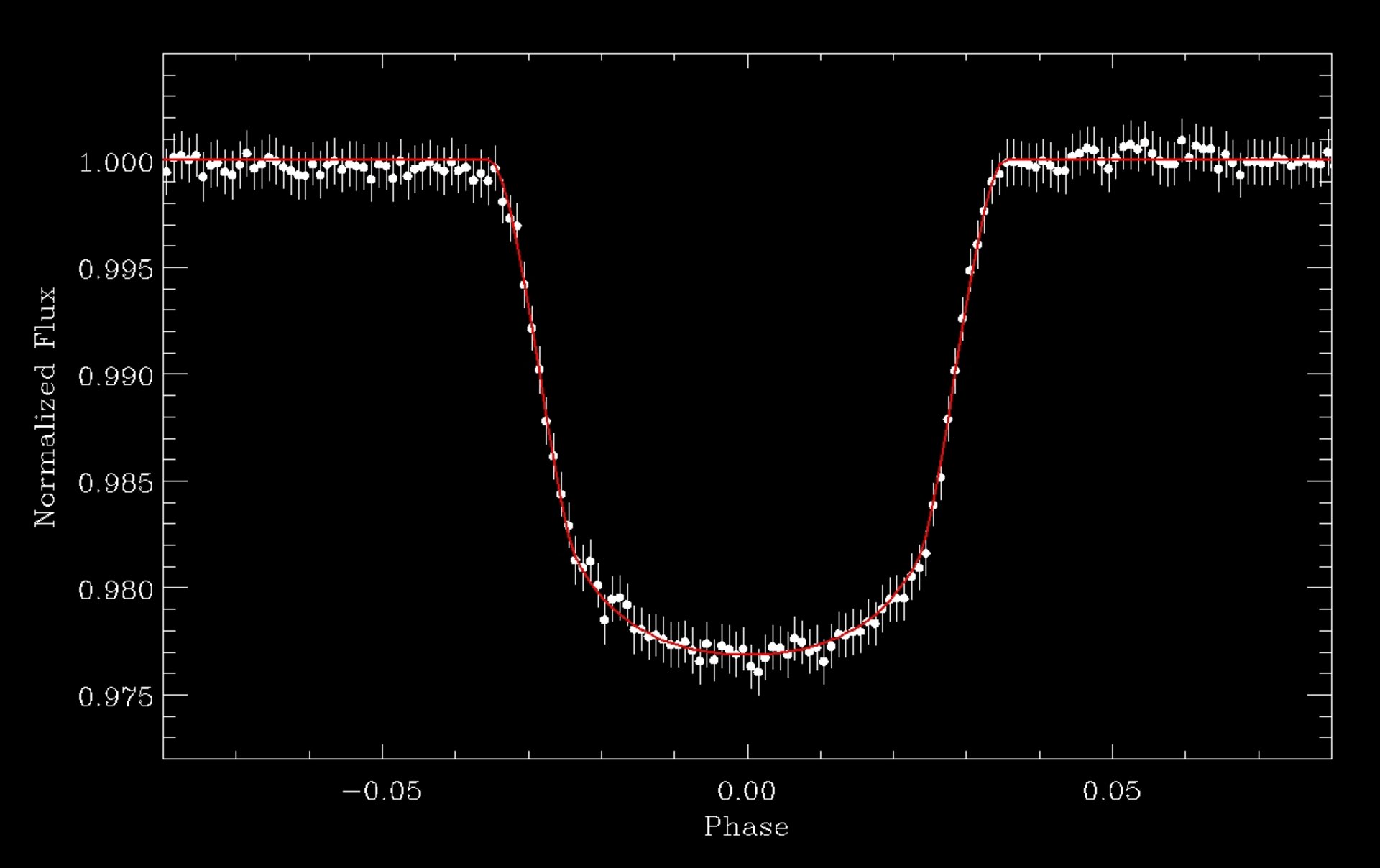 Light ‘drop’ due to a planet transit seen by COROT

This image shows the signature of the presence of a planet orbiting a star.

The intensity of light coming from the star is represented on the y-axis whereas the x-axis shows the phase, or the revolution of the planet around the star.

The amount of light from the star reaching COROT decreases each time the planet passes in front of the star itself. This is when the drop is registered.

This was the first planet detected by COROT since the beginning of its mission. This light curve is part of a data set obtained between February and April 2007.

The planet is a very hot gas giant, of radius equal to 1.78 times that of Jupiter. The planet takes 1.5 days to revolve around the star.

Coordinated spectroscopic observations from the ground have allowed to determine that the mass of the planet is about 1.3 times that of Jupiter. The parent star is a yellow dwarf star similar to our Sun. It is located in the direction of the constellation Unicorn (Monocerus), roughly 1 500 light years from us.