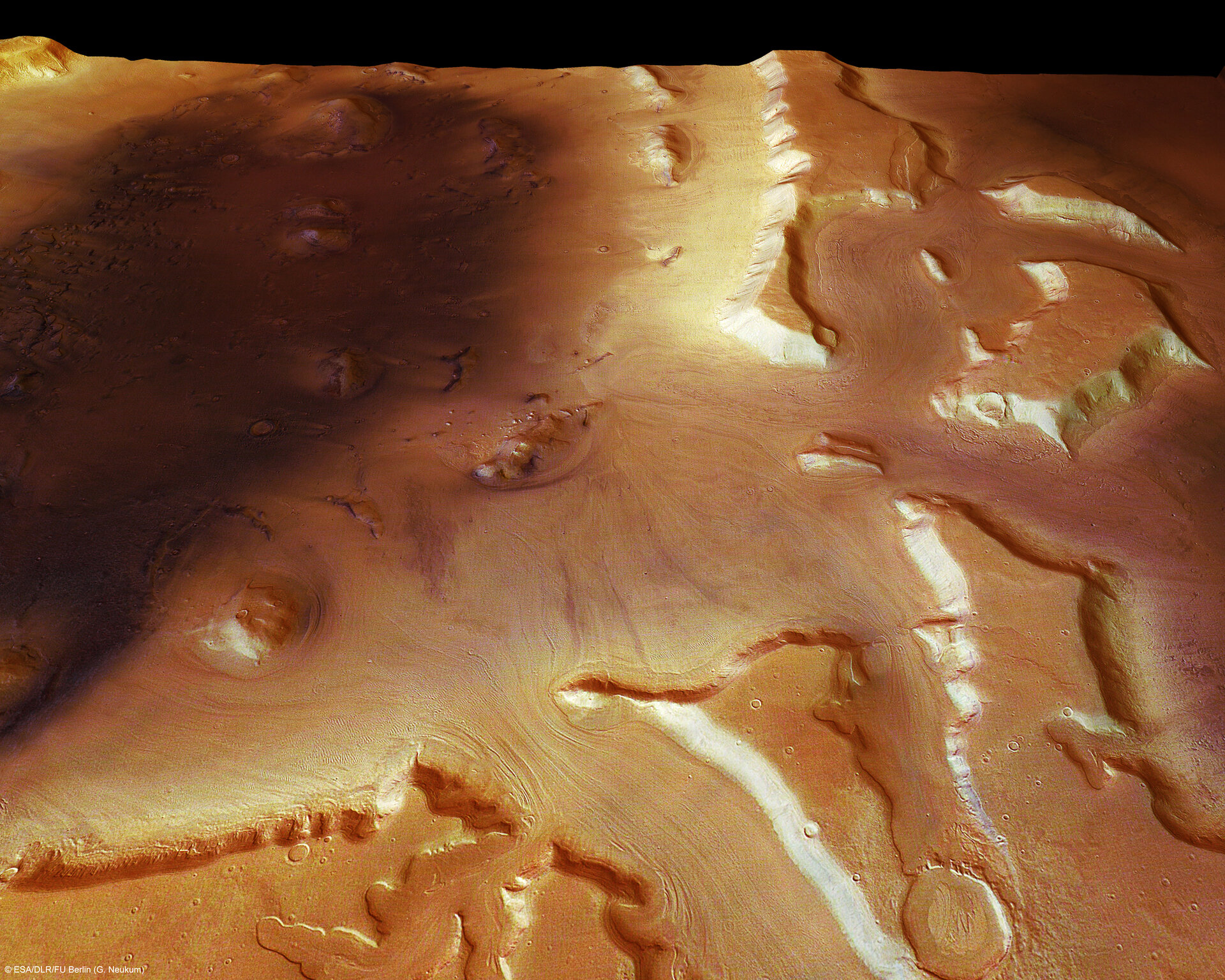 This image provides another perspective view of the Deuteronilus Mensae region on Mars taken by the High-Resolution Stereo Camera (HRSC) onboard ESA’s Mars Express with a ground resolution of approximately 29 metres per pixel.

The dark depression visible at the top-left of the image measures 2 000 metres in depth and 110 kilometres in diameter, north to south.

Deeply incised valleys of a depth ranging from 800 to 1200 metres are clearly identifiable in the north - eastern part of the scene. It is believed that those valleys may have originated from intense flooding by melted water ice. The water then froze rather quickly and flowed down the slopes of the depression like a glacier.

The view has been calculated from the digital terrain model derived from the stereo channels.