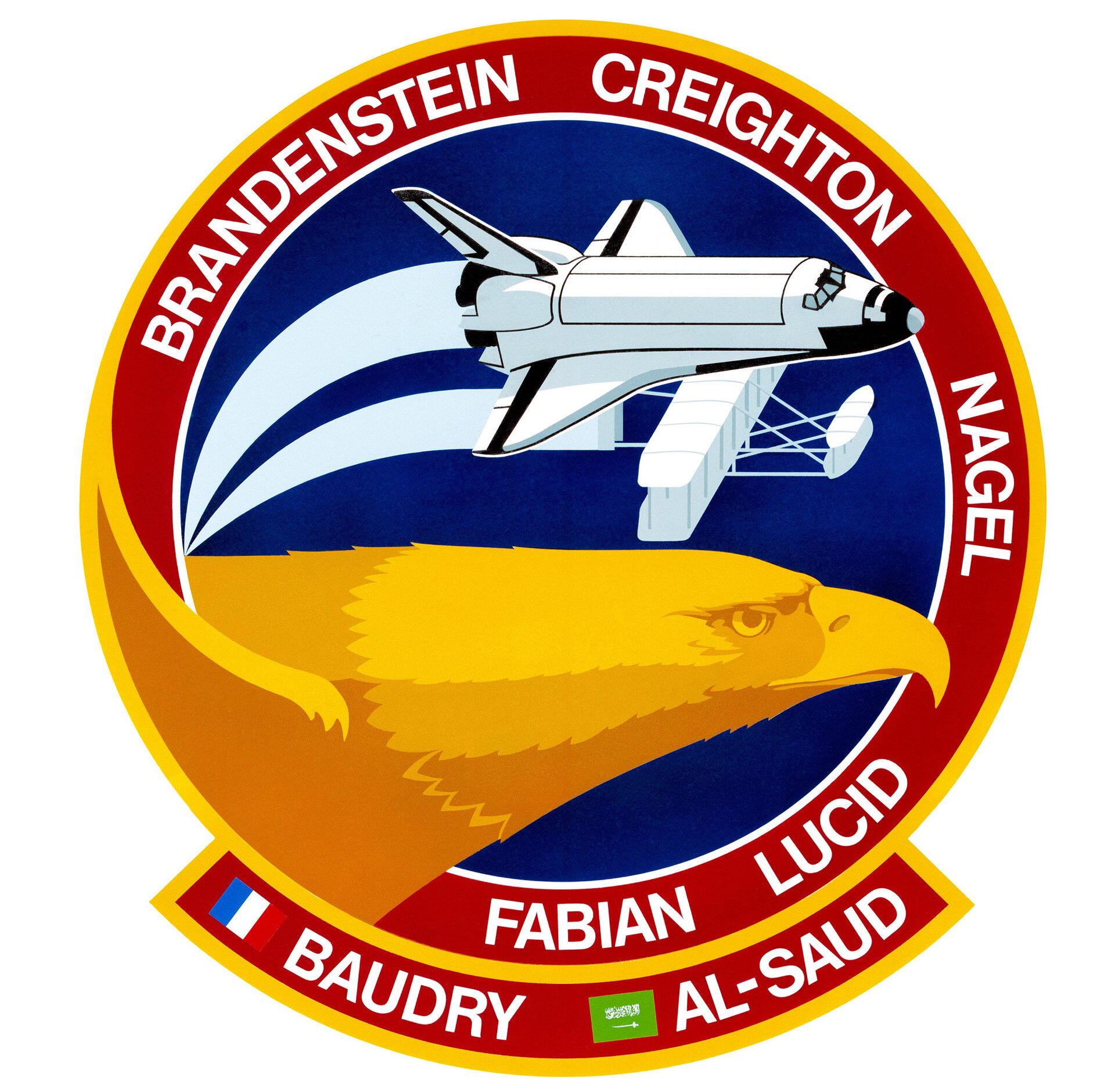 The STS-51G design shows the advances in aviation technology in the USA in the short span of the 20th century, with the Wright biplane underneath the orbiter. The flags and names of the two non-US crew members appear at the bottom of the circular design.