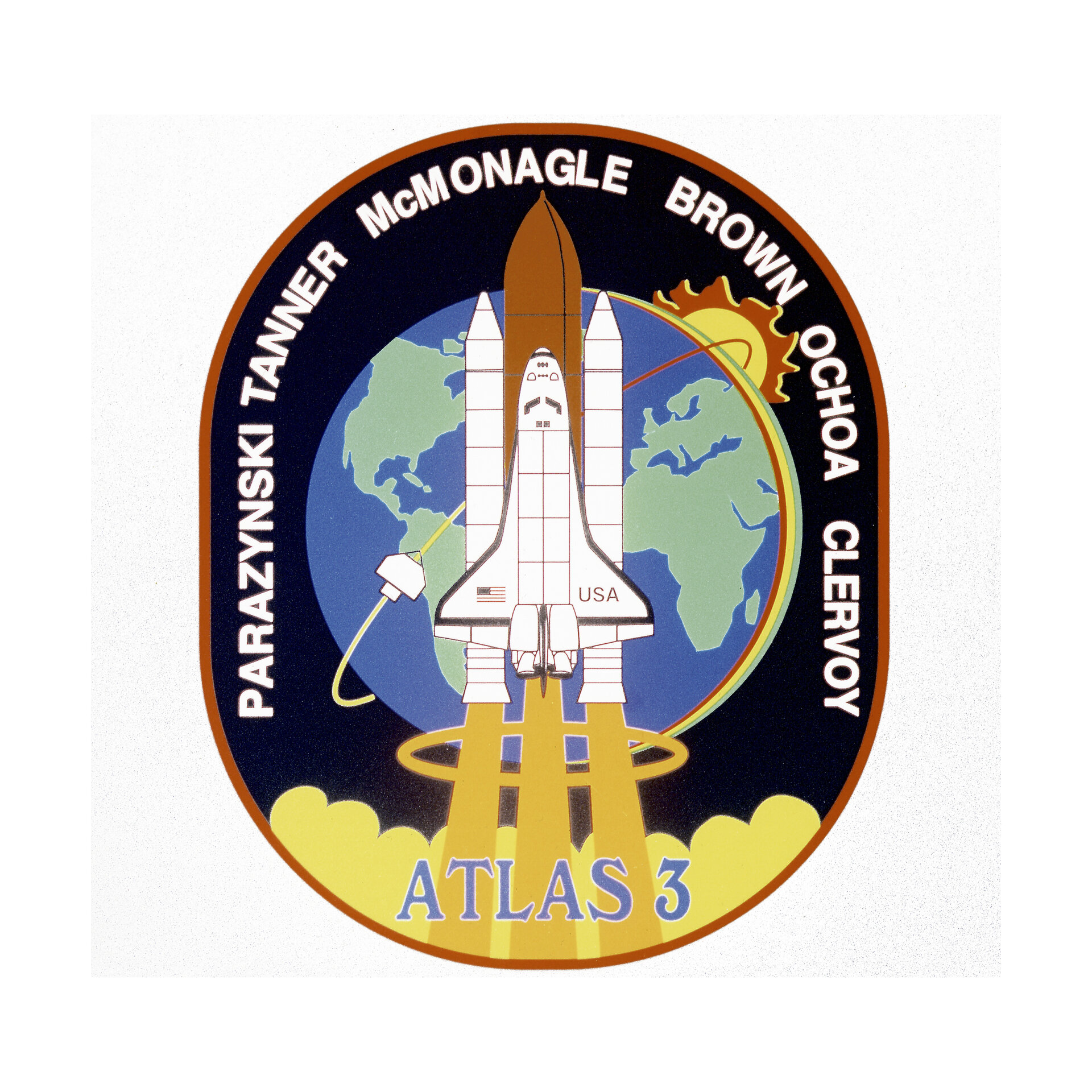 Designed by the crew, the STS-66 patch depicts the Space Shuttle launching into Earth orbit to study global environmental change. The Shuttle is trailed by gold plumes representing the astronaut symbol and is superimposed over Earth, much of which is visible from the flight's high inclination orbit. Sensitive instruments on the ATLAS pallet in the Shuttle payload bay and on the free-flying Cryogenic Infrared Spectrometers and Telescopes for the Atmospheric-Shuttle Pallet Satellite (CHRISTA-SPAS) are illustrated by the stylised sunrise and visible spectrum.