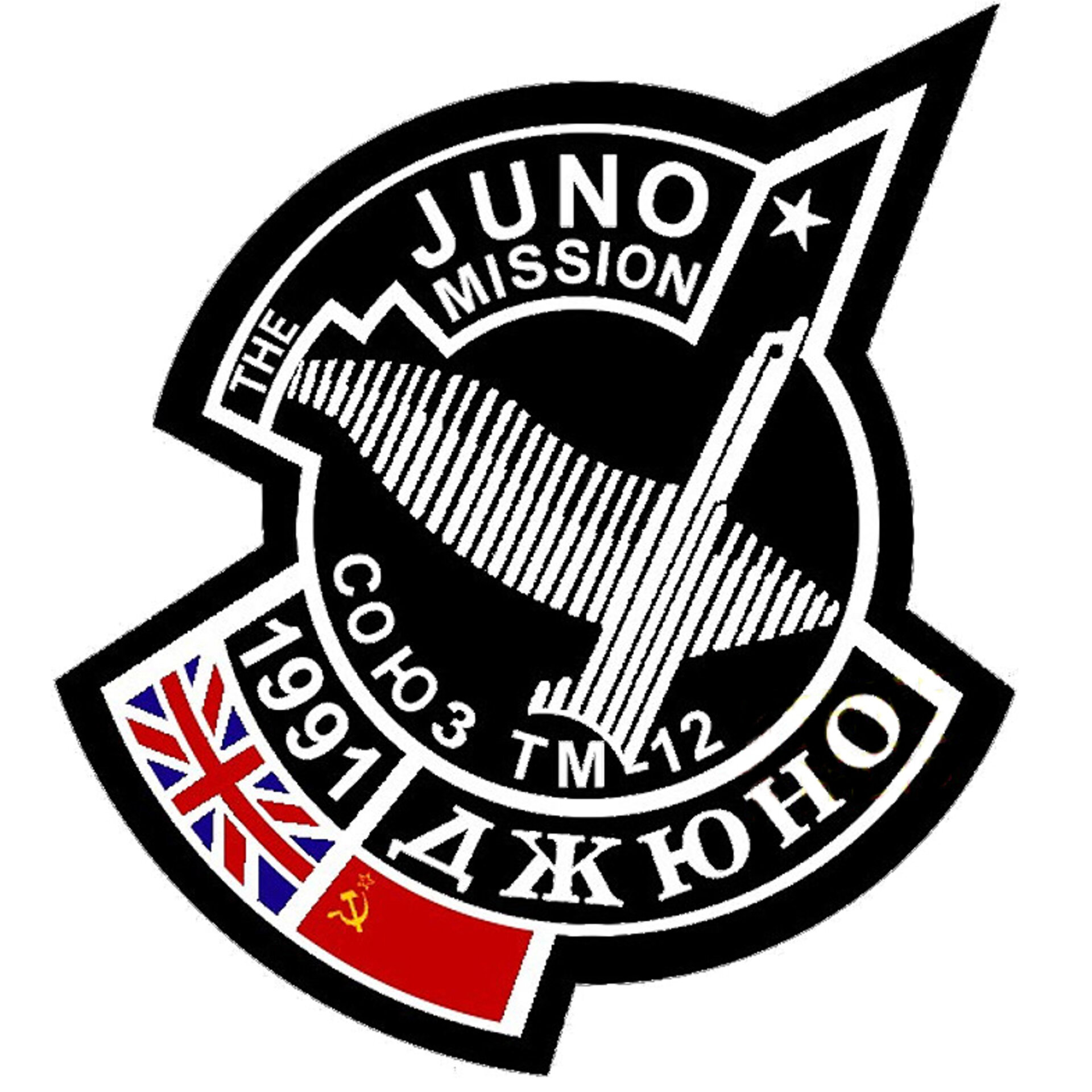 Helen Sharman (UK) was the first Briton in space, flying on Soyuz TM-12 in 1991 to visit the Mir space station. She spent 8 days on Mir with cosmonauts Anatoly Artsebarsky and Sergei Krikalev. The flight was called 'Juno', and Project Juno was a cooperative arrangement between the Soviet Union and a group of British companies.

The logo features a flying goose, taken from the Greek myth of Aphrodite's chariot being drawn by geese, and that of the Temple of Juno in Rome which was guarded by geese.