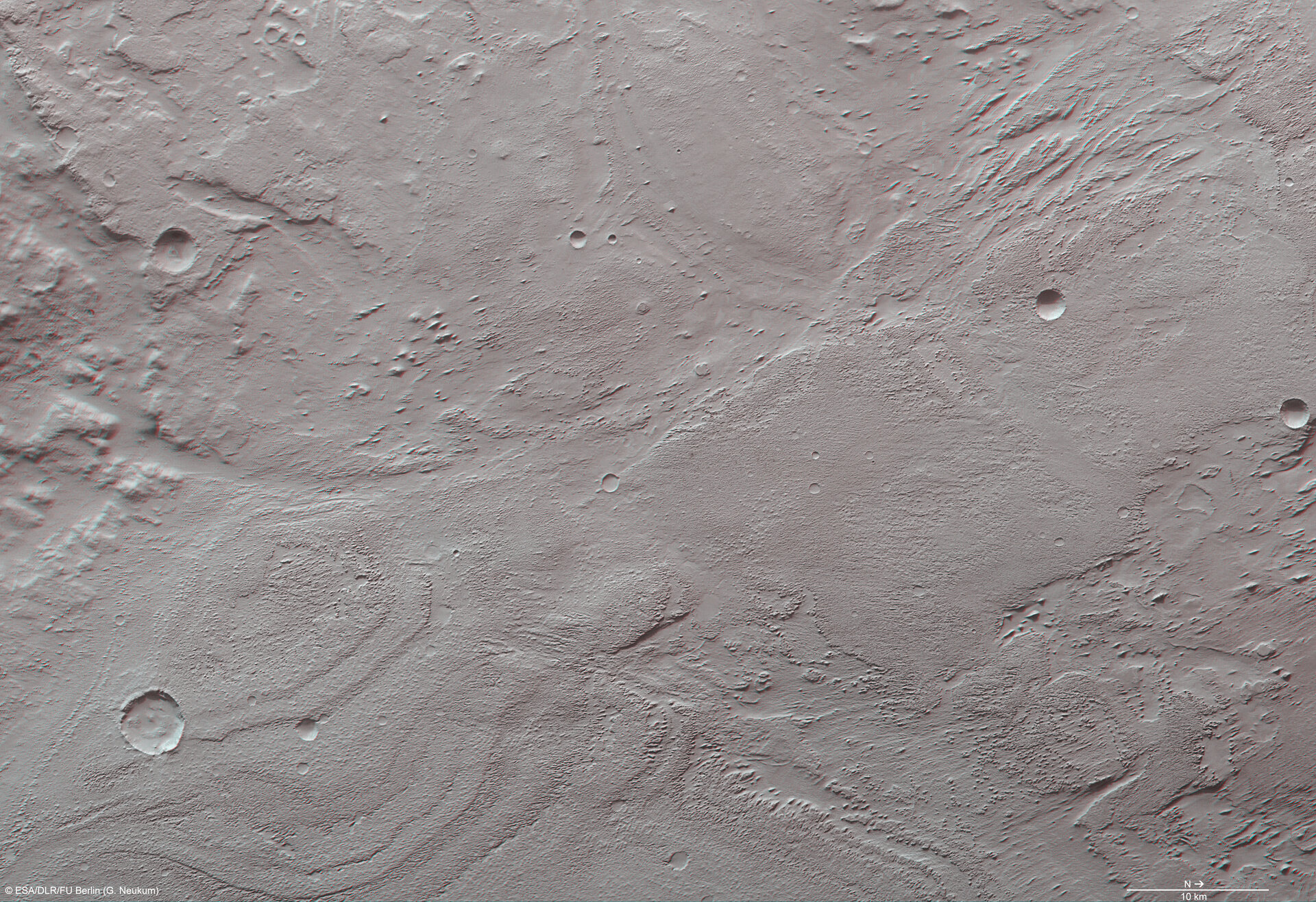 The morphology of the terrain, which lies close to the volcanic region of Elysium, is characterised by an extensive transition zone or the so-called ‘global crustal dichotomy boundary’ which separates the southern highlands and northern lowlands. It exhibits clod-shaped or lumpy relief separated by valleys and intermediated graben features, or elongated, trench-like structures, which are eroded landforms.

Aeolis Mensae is located at the border of the northern plains and the southern highlands, indicated by the transition zone. Between the highlands and the plains there is a large average difference in elevation, of about 3000 metres. The origin of this dichotomy is currently a subject of discussion.

This 3D (anaglyph) image was calculated by putting together data from the nadir channel and one of the stereo channels.