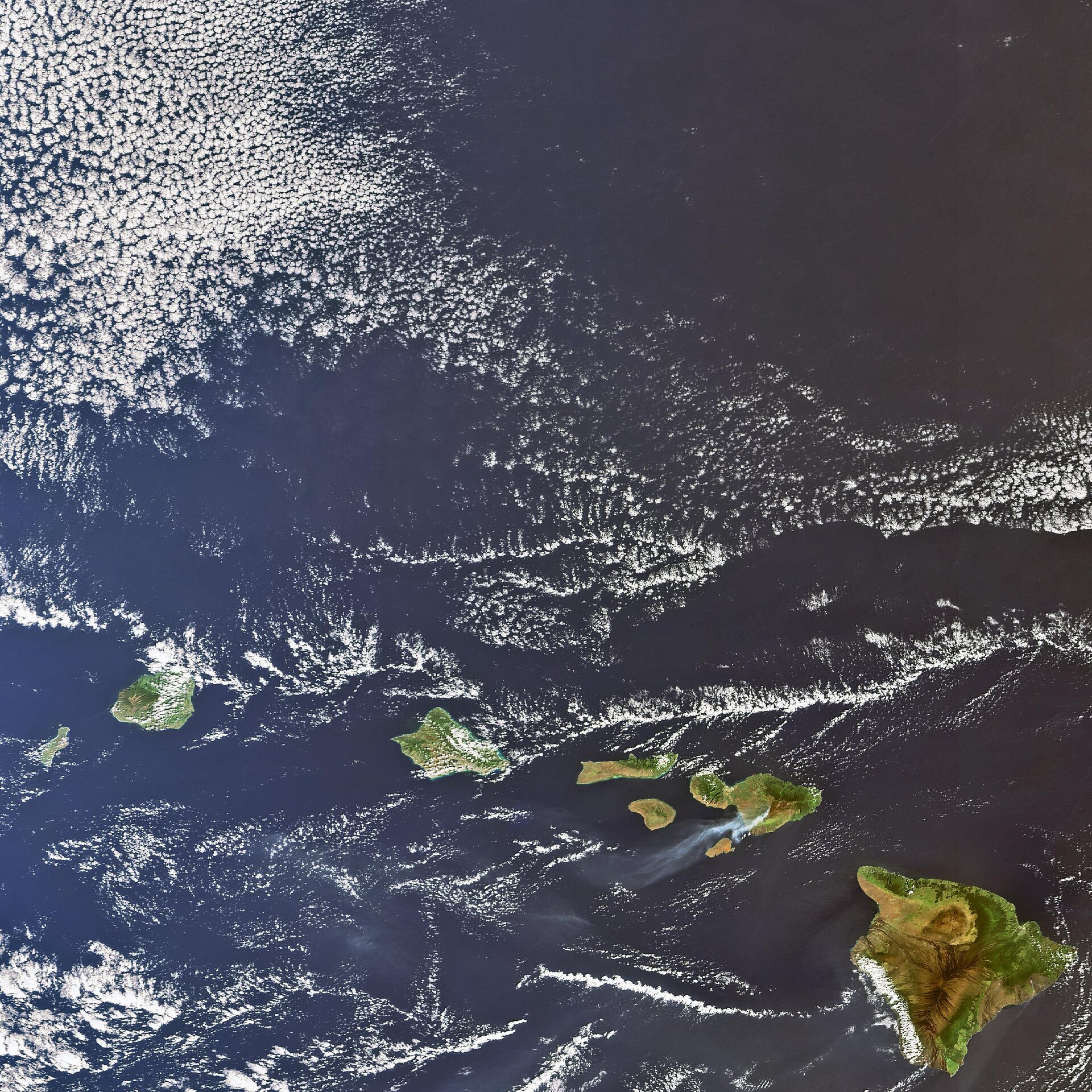 Hawaii as seen by Envisat

Hawaii, admitted as the 50th of the United States in 1959, is the only state comprised totally of islands and the only state that does not fall within the North American continent. Visible in the image from right to left are the eight major islands – the Big Island of Hawaii, Kahoolawe, Maui, Lanai, Molokai, Oahu, Kauai and Niihau. Having formed above a magma hotspot in the Pacific plate, Hawaii has some of the world’s largest active and inactive volcanoes.