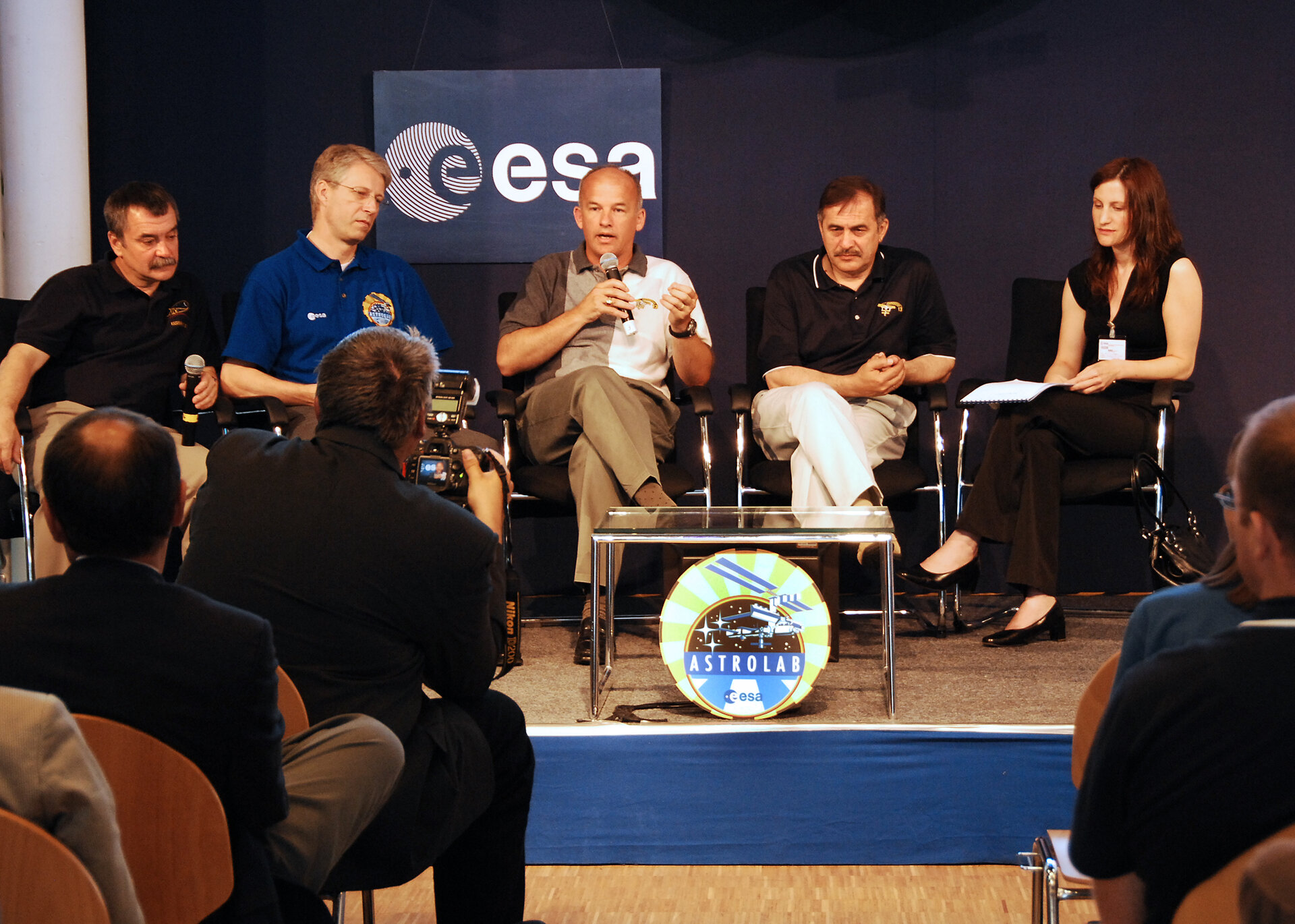 ISS Expedition 13 and 14 during a press conference at EAC