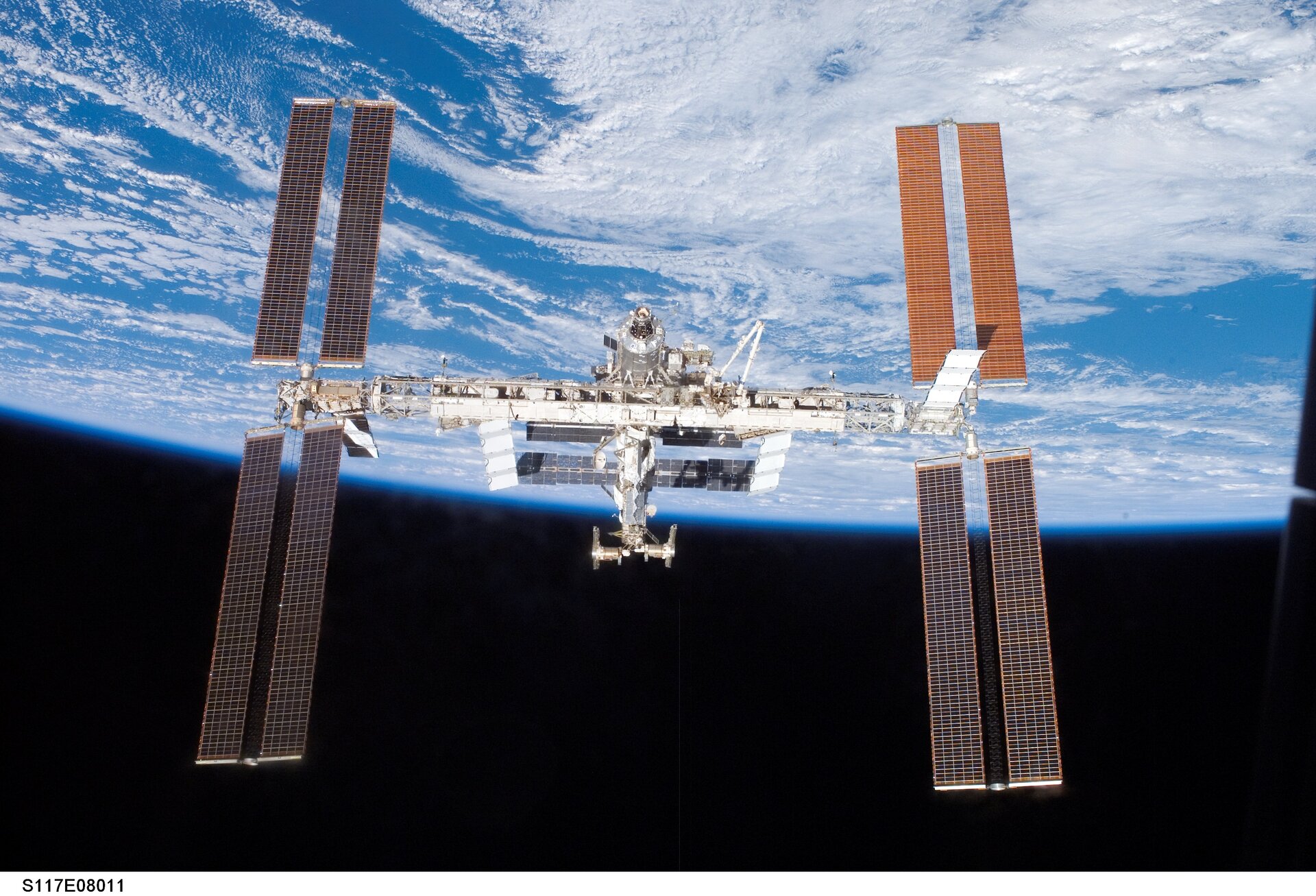 Backdropped by the blackness of space and Earth's horizon, the International Space Station moves away from the Space Shuttle Atlantis. Earlier the STS-117 and Expedition 15 crews concluded about eight days of cooperative work onboard the Shuttle and Station. Undocking of the two spacecraft occurred on 19 June 2007. Astronaut Lee Archambault, STS-117 pilot, was at the controls for the departure and fly-around, which gave Atlantis' crew a look at the Station's new expanded configuration.