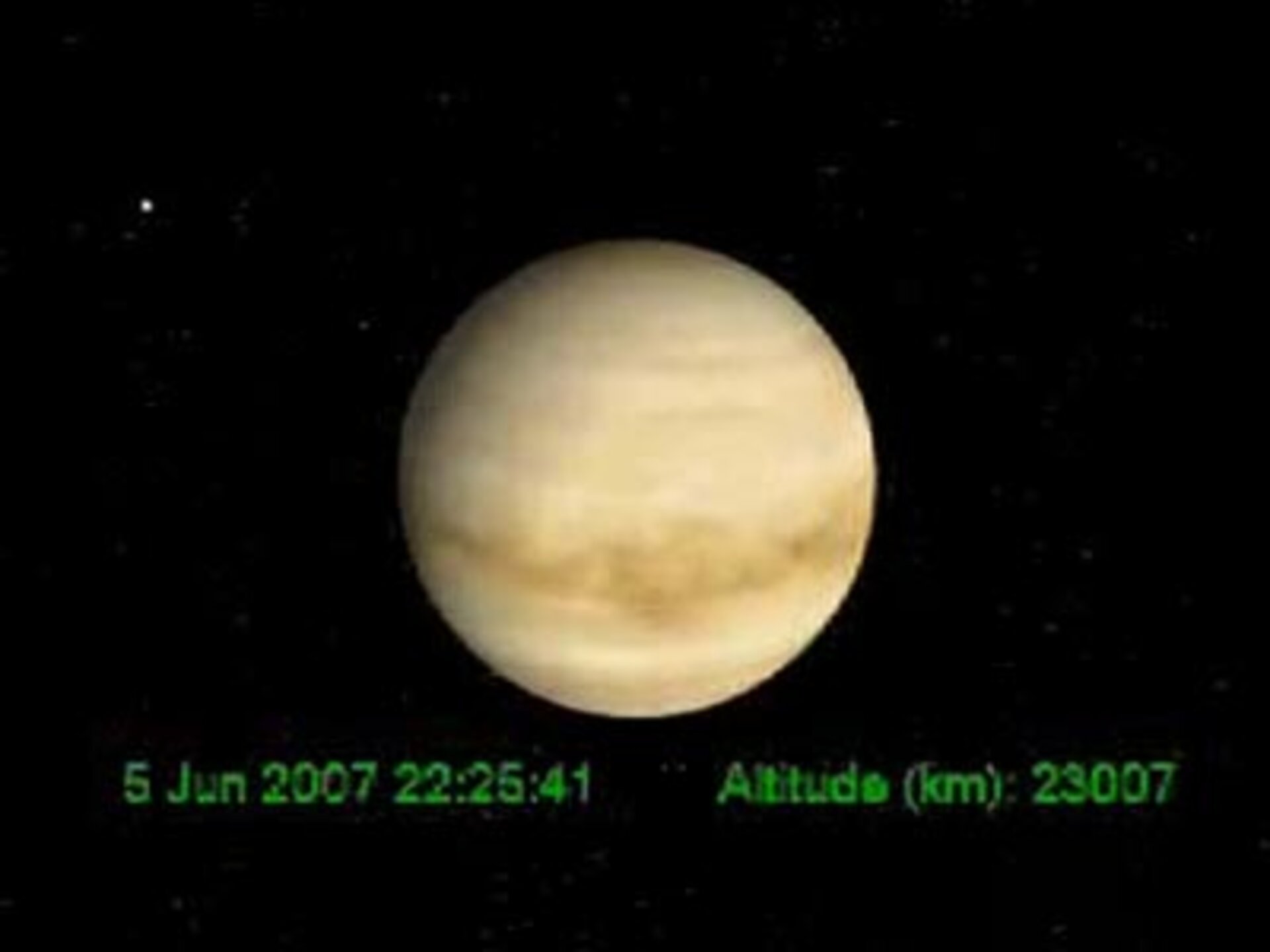 ESA’s Venus Express, in orbit around Venus since 11 April 2006, will be joined for a few hours by NASA’s MESSENGER spacecraft, flying by Venus while on its way to Mercury. This animation shows how Venus will look from the spacecraft as it flies by the planet a second time.

Earth-based observatories and telescopes in orbit around Earth will also be watching. Looking at Venus together, spacecraft and ground observatories will obtain a unique set of data each, so many different ‘eyes’ will observe the same regions and phenomena during the same time frame.