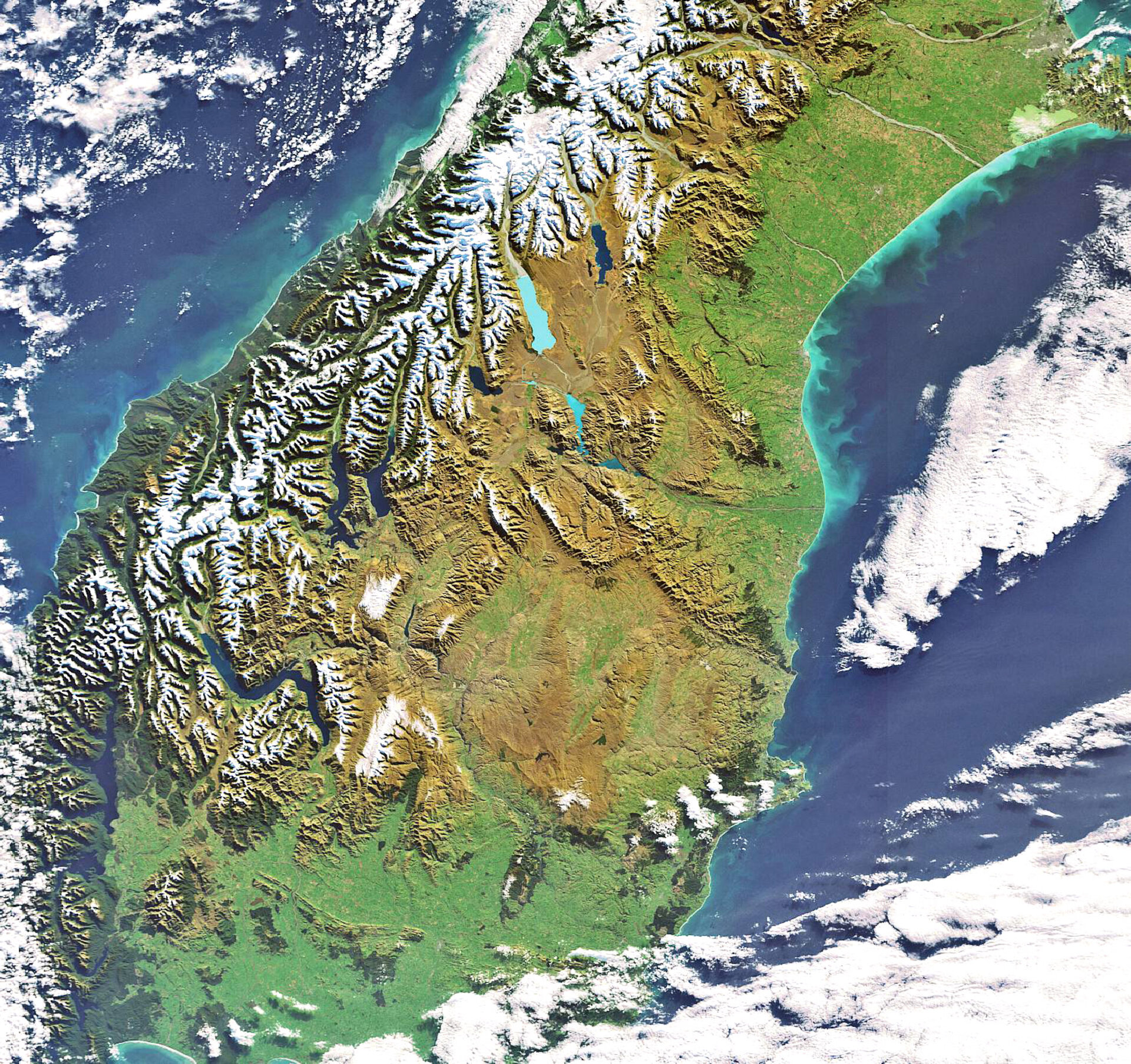 New Zealand as seen by Envisat

New Zealand’s South Island is highlighted in this Envisat image. Located in the South Pacific Ocean, New Zealand is comprised of two major islands – North and South – and a number of smaller islands. The mountain range visible in the image stretching the entire length of South Island down the western side is the Southern Alps. To the east of the Southern Alps are the regions of Canterbury, Otago and Southland. The latter two, visible in the image, are made up of rolling farmland and numerous lakes.

Lake Te Anau, seen in the south-western corner, is located in Southland and covers an area of 344 square kilometres making it the largest lake in the South Island and the second largest in New Zealand, after Lake Taupo.