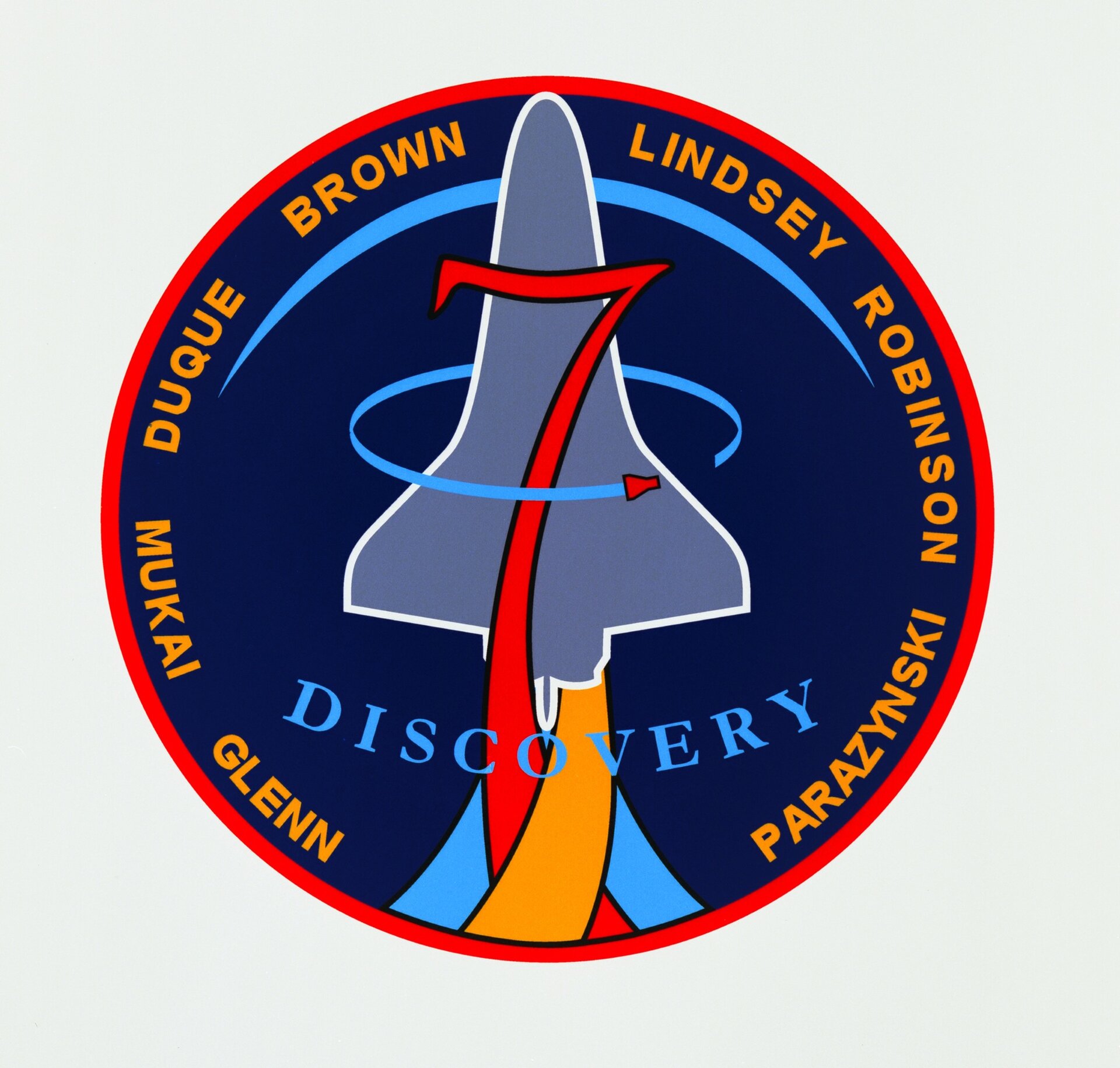 The STS-95 patch, designed by the crew, reflects the scientific, engineering and historic elements of the mission. The Space Shuttle rises over the sunlit Earth limb, representing the global benefits of the mission science and the solar science objectives of the Spartan Satellite. The bold number '7' signifies the seven members of the crew and also represents a historical link to the original seven Mercury astronauts. The STS-95 crew member John Glenn's first orbital flight is represented by orbiting Friendship 7 capsule. The rocket plumes symbolise the three major fields of science represented by the mission payloads: microgravity material science, medical research for humans on Earth and in space, and astronomy.