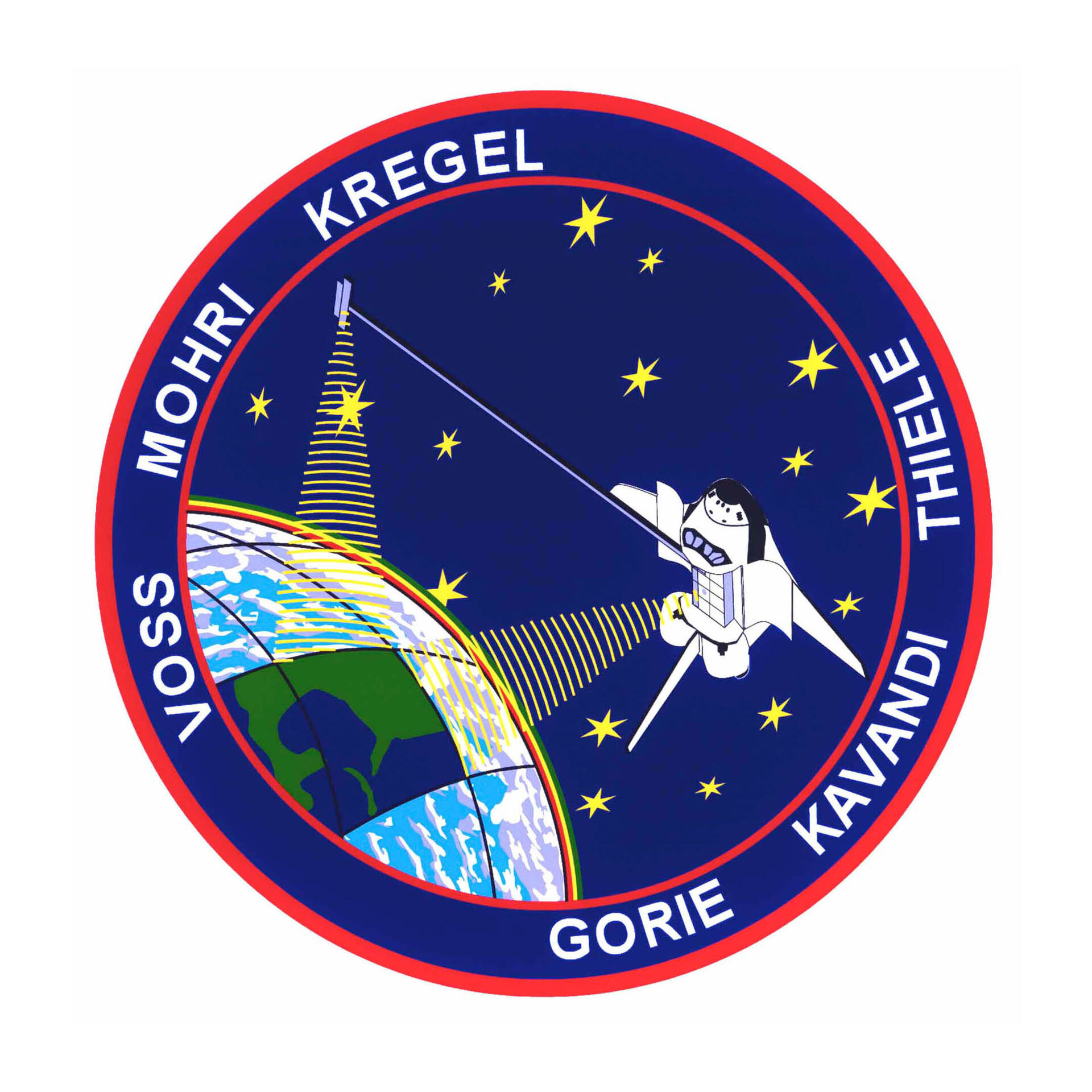 
The patch was designed by the crew and depicts the Space Shuttle Endeavour orbiting Earth with many stars visible. The rainbow along Earth's horizon resembles an orbital sunrise. The crew believed the bright colours of the rainbow as symbolic of the bright future ahead because of humans venturing into space.

The clear portion of Earth illustrates the radar beams penetrating its cloudy atmosphere and the unique understanding of our home planet that is provided by space travel. The grid on Earth reflects the mapping aspect of the SRTM mission.