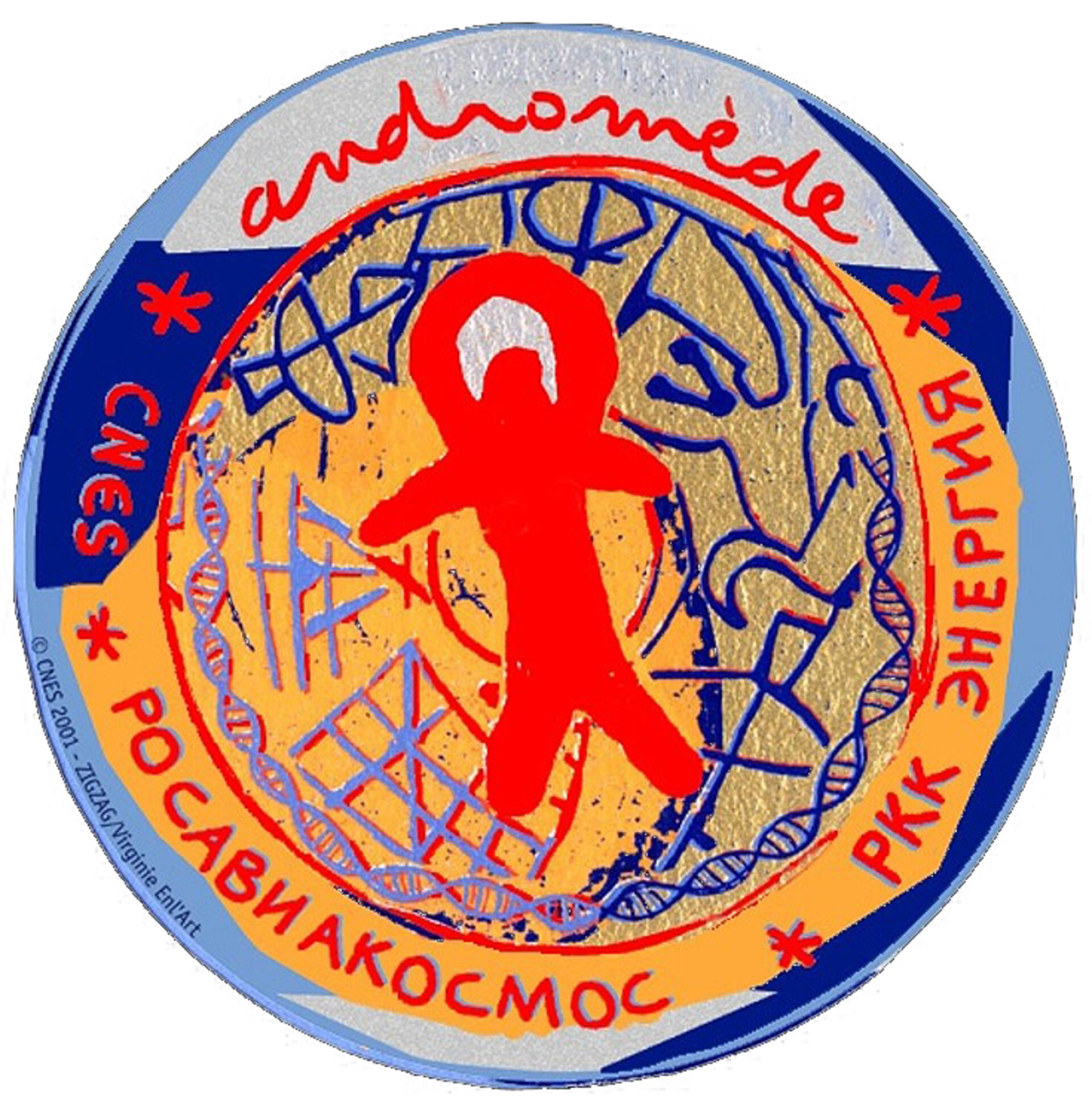 In the ‘Andromède’ mission, ESA astronaut Claudie Haigneré (FR)
was the first European female astronaut to travel to the International Space Station (ISS) in October 2001. Haigneré stayed on the ISS for 8 days during her 10-day Soyuz TM-33 flight. With her were Russians Victor Afanasyev and Konstantin Kozeyev.

Haigneré had asked CNES to commission women artists to create the mission logo, and French graphic designer Virginie Enlart was chosen. She used a combination of imagery, starting with the Andromeda constellation and using the chains which bound the mythological princess Andromeda to a rock (from which she was freed by Perseus) as an echo to the DNA chain. The central female figure (a cave-dweller from the valley of the Tagus), signifying how far we have developed in 4000 years; her silhouette even hinting at what a spacesuit might be!

The background is taken from a terracotta spindle whorl, evoking the form of high-precision instruments, such as satellites, the ISS, geometrical diagrams and mathematical equations. According to Enlart, the colours add further weight to the various elements: the gold is shaped as a crescent moon, yellow as the Sun with its eruptions, light blue is reminiscent of Earth's atmosphere as seen from above, the dark blue brings a hint of coolness, suggesting the dark void of the upper atmosphere and wider Universe, the red links the typography to the main character and the dynamism of the mission, and silver denotes the high technological aspect, at the very heart of this adventure.