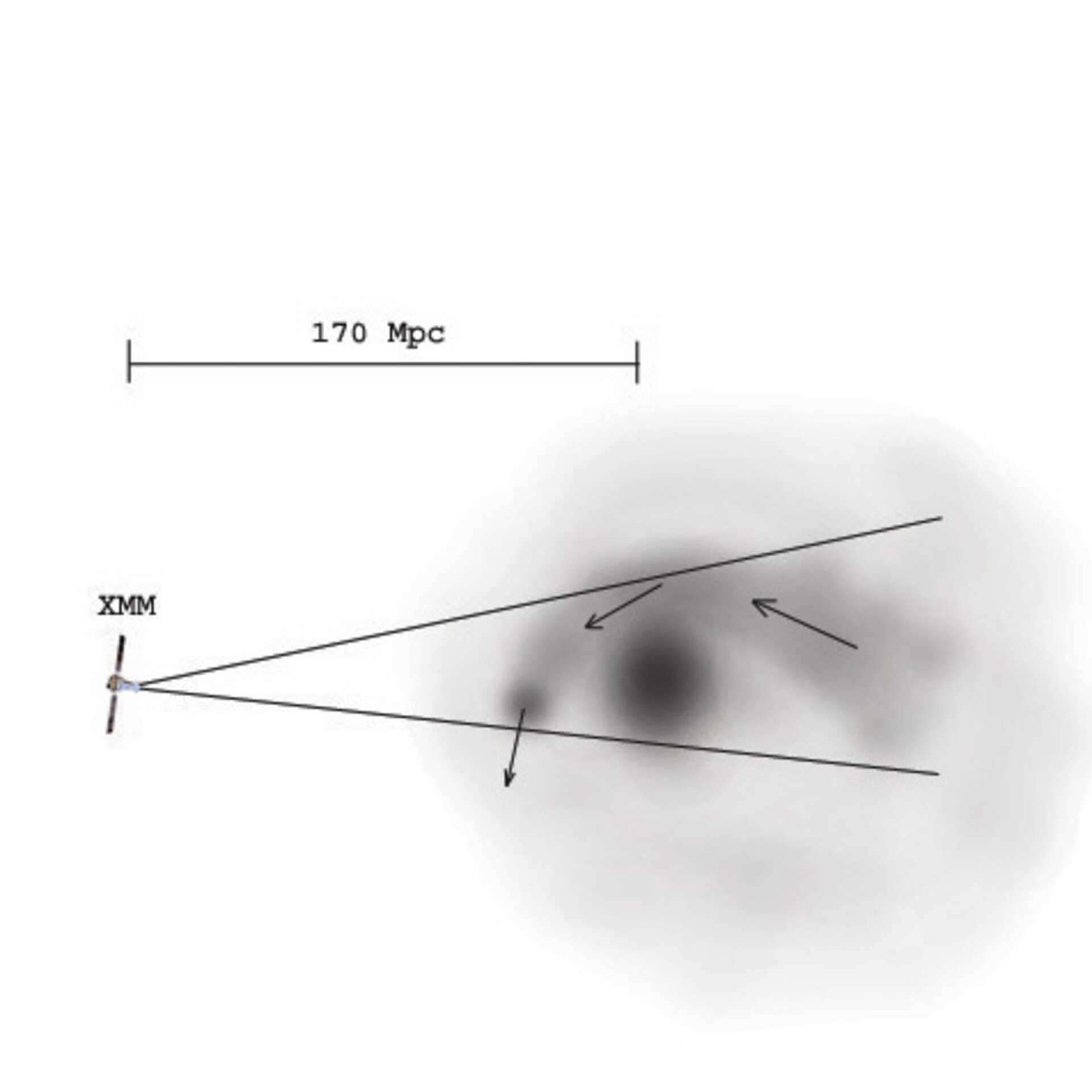 The system Abell 576 actually consists of two galaxy clusters that have been caught by XMM while in the process of merging into one another.

The two giants are expected to eventually settle into a single, combined galaxy cluster. The discovery adds to existing evidence that galaxy clusters can collide faster than previously thought.

An incoming cluster has collided with the main cluster and the cores of the two clusters cores are deflected. The collision induces bulk velocities in the hot intracluster gas, which is detected through Doppler shifts of the X-ray spectral lines by XMM.

Doppler shift is an effect induced in waves where they are ‘shifted’ towards the lower-energy end of the spectrum if the source is moving away from the observer. During the merger, the cores of the two clusters have overlapped and from Earth’s line of sight, it is not easy to disentangle them.