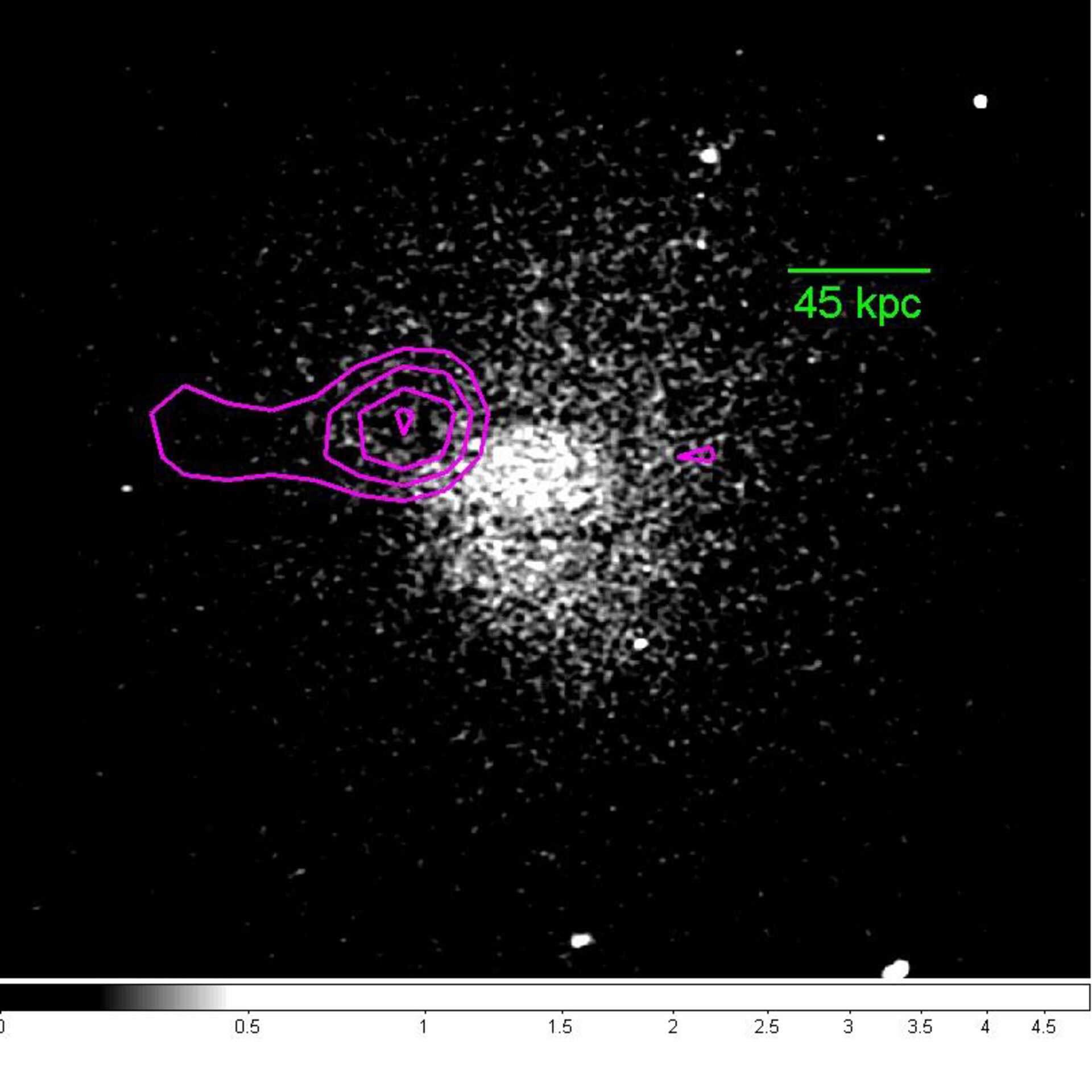 Chandra X-ray image of Abell 576 overlaid with contours of the zones of significant radial velocities that are directed towards us.

The system Abell 576 actually consists of two galaxy clusters that have been caught by XMM while in the process of merging into one another.

The two giants are expected to eventually settle into a single, combined galaxy cluster. The discovery adds to existing evidence that galaxy clusters can collide faster than previously thought.

An incoming cluster has collided with the main cluster and the cores of the two clusters cores are deflected. The clusters have collided nearly head on, and one has passed through the other, like a bullet travelling through an apple. Abell 576 is seen head-on, so one cluster is now almost directly behind the other.