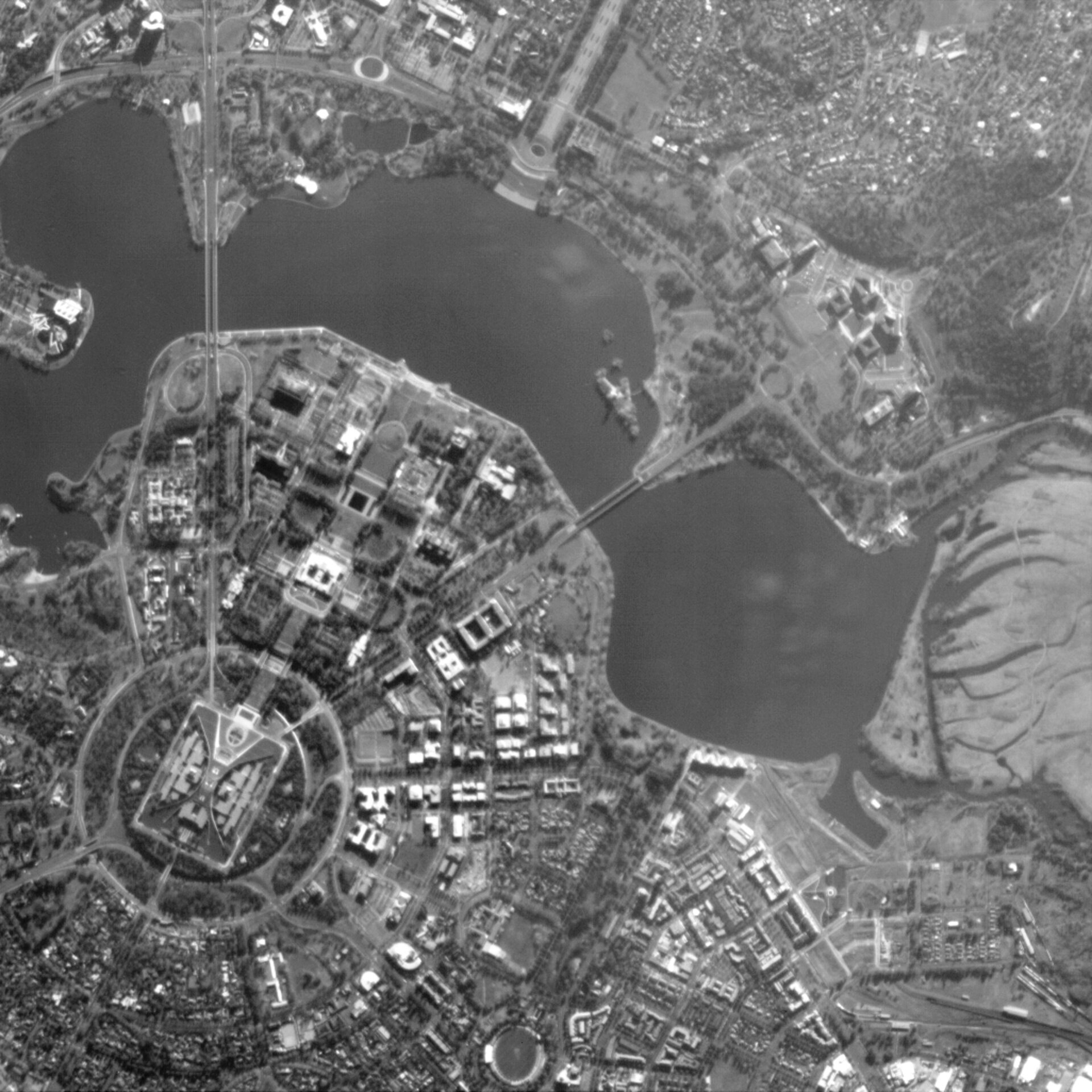 Australia’s capital city, Canberra, is featured in this Proba image acquired on 23 June 2007 by its High Resolution Camera (HRC). As visible in the image, circles are a recurring theme of the city. Most notably, State Circle surrounds Capital Circle which surrounds Capital Hill, home of the New Parliament House (visible in the lower left quadrant of the image). Old Parliament House is the white building visible between Capital Hill and the lake, named Lake Burley Griffin. Two roads cross the lake – Commonwealth Avenue (left) and Kings Avenue (right). The two buildings located on the lakeshore just west of Kings Avenue are the National Gallery and the High Court of Australia. The lake front building located to the east of Commonwealth Avenue is the National Library of Australia.