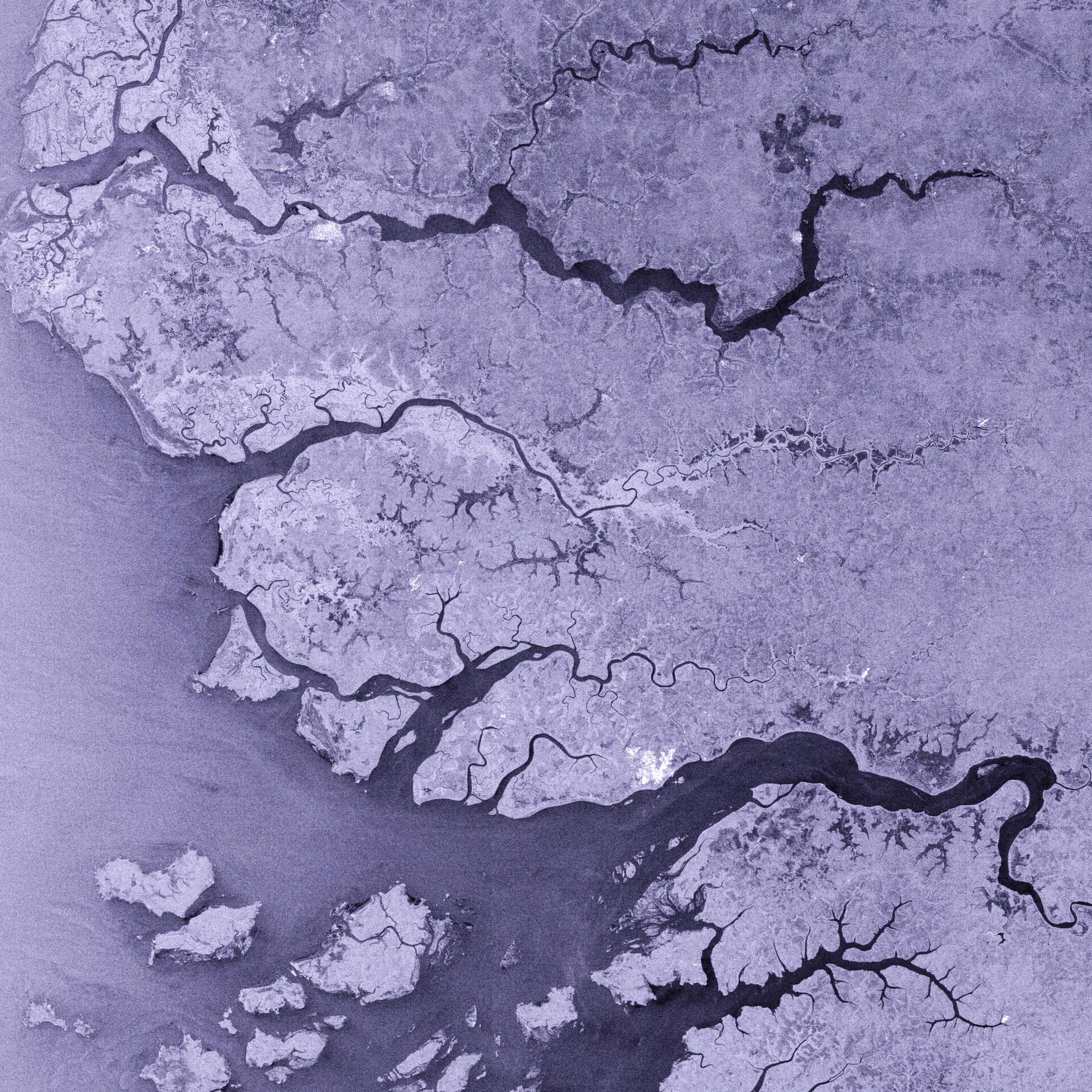 The Republic of Guinea-Bissau, located in Western Africa, is featured in this radar image, acquired by the Advanced Synthetic Aperture Radar (ASAR) sensor aboard Envisat. Guinea-Bissau is bordered by Guinea to the south and east, the North Atlantic Ocean to the west and Senegal (visible) to the north. The country’s capital city, Bissau, can be seen as a large whitish area on the bank of the Canal do Geba, the second estuary up from the bottom. The Bissagos Archipelago, visible in the lower left hand of the image, is composed of some 88 islands, including 15 large ones, and islets as well as a large area of mudflats and mangroves and forms part of Guinea-Bissau.