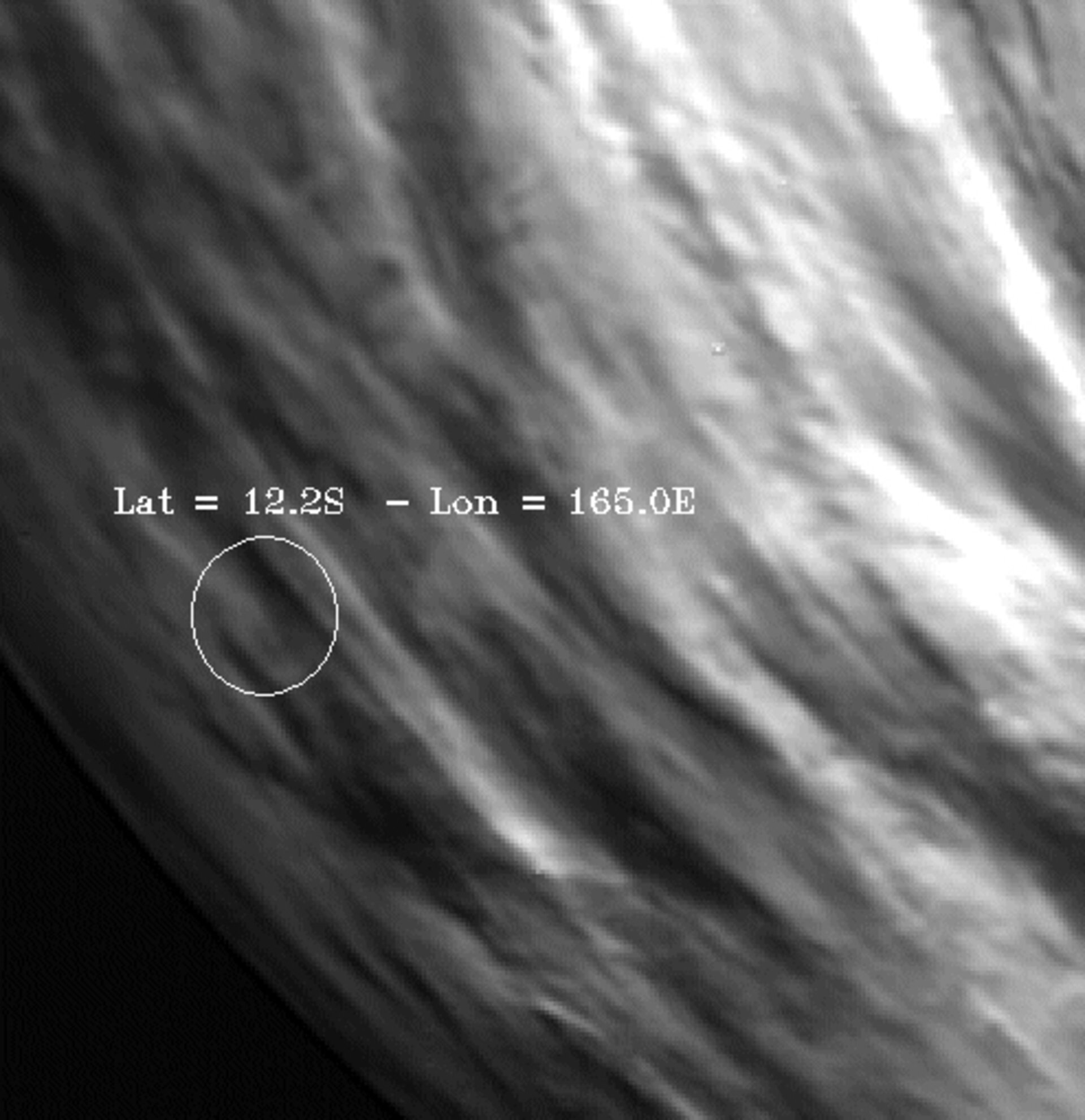 VIRTIS image of the area over flown by MESSENGER

This grey-scale image, obtained by the VIRTIS instrument on board ESA’s Venus Express, shows the atmospheric region of Venus over which NASA’s MESSENGER passed on 5 June 2007. The region of MESSENGER’s closest approach is in the night side (marked by a circle).

The bright areas correspond to radiation from the lower atmospheric layers, indicating that the clouds are thinner in those areas. At the 2.3-micrometre wavelength it is possible to study not only the morphology of the cloud layers, but also its chemical composition (carbon monoxide, water, sulphur-dioxide, etc).

A version of this image without an indication of the region of fly-by and one indicating the planetary latitude can be downloaded here [ VI410_01_23_no_layers.gif, VI410_01_23.gif ]