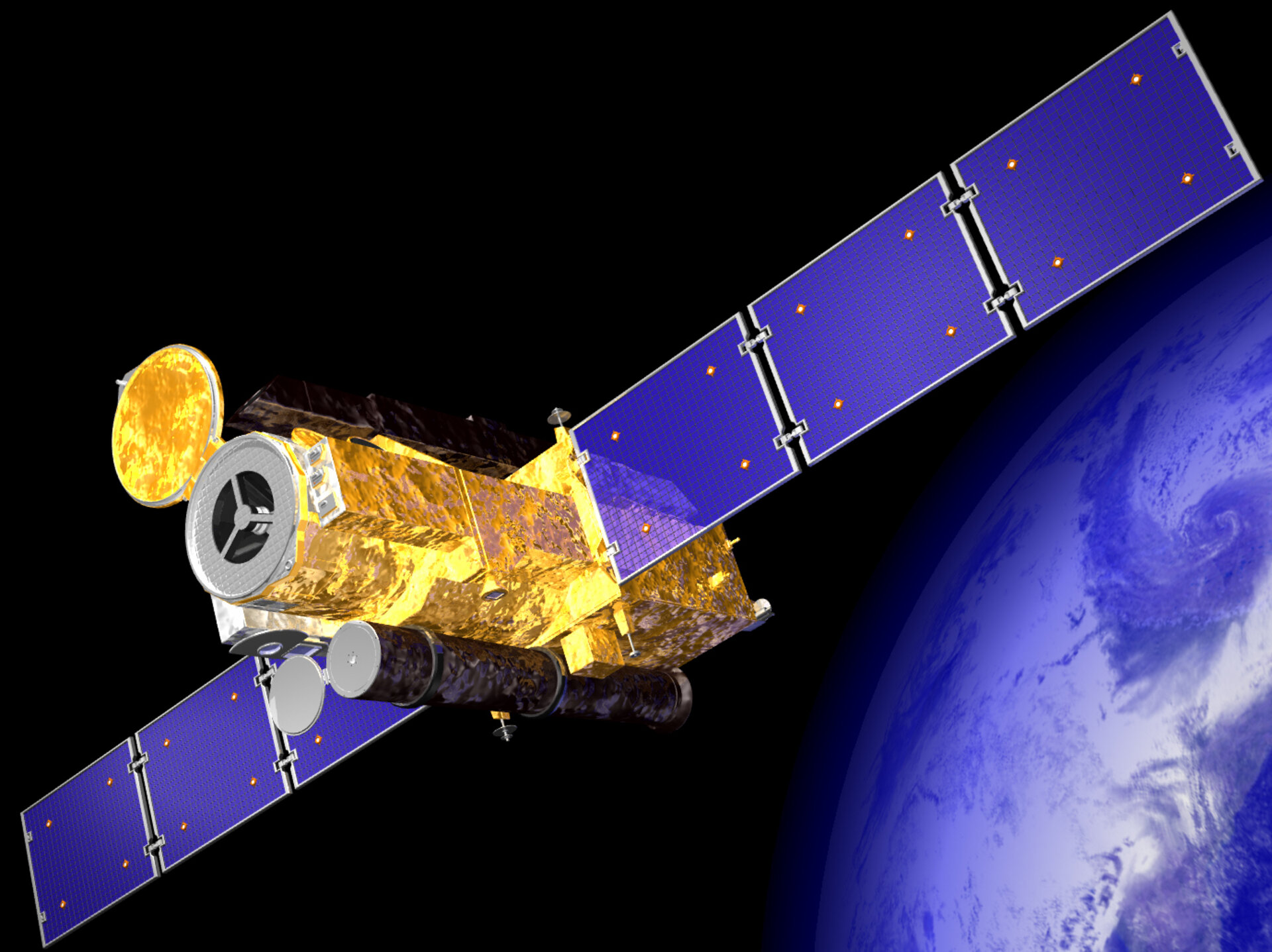 An artist's impression of Hinode in orbit.

Hinode (Sunrise in Japanese) was launched to study magnetic fields on the Sun and their role in powering the solar atmosphere and driving solar eruptions.