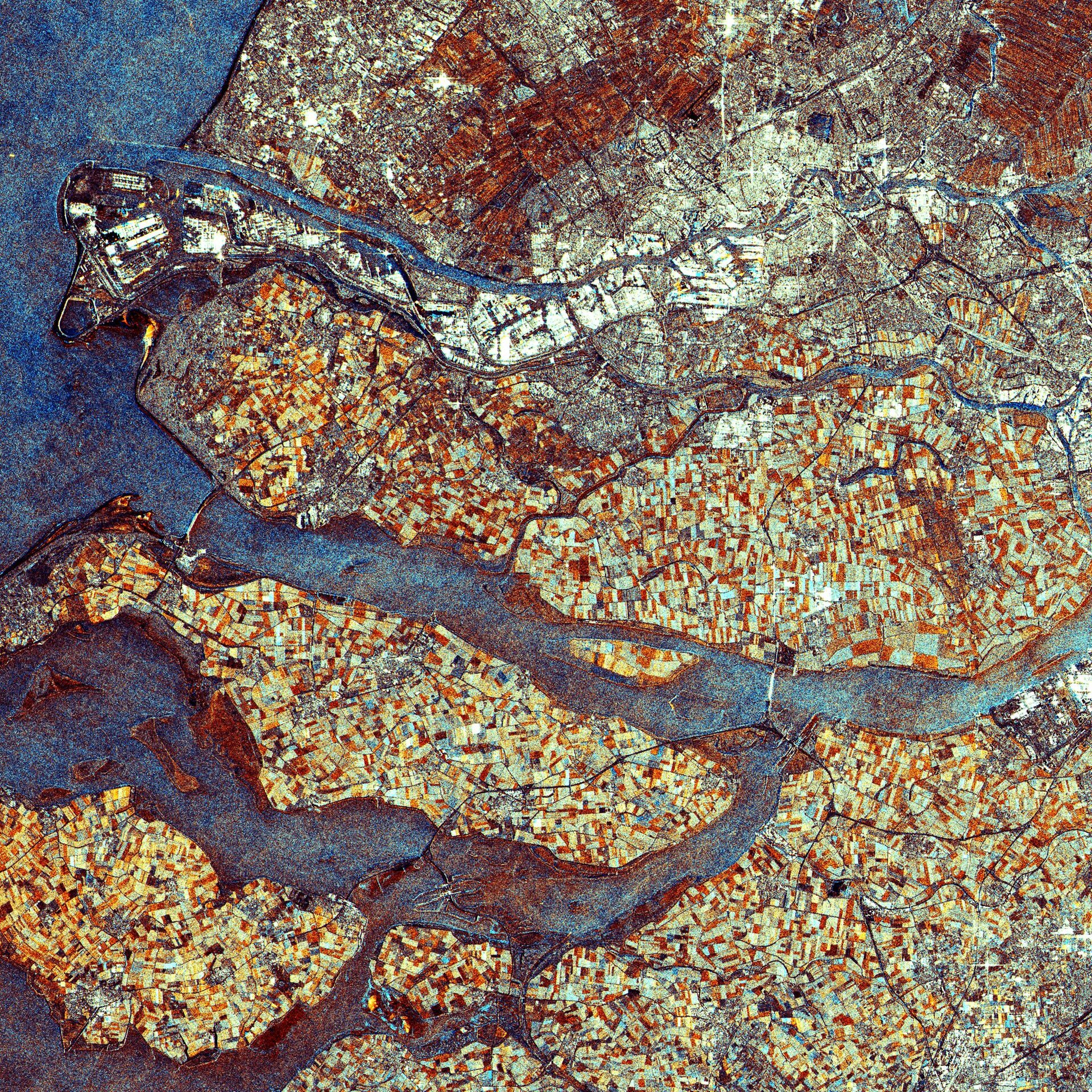 Rotterdam as seen by Envisat

Envisat image of Rotterdam and the province of Zeeland, both located in the southwest of the Netherlands, acquired by the Advanced Synthetic Aperture Radar (ASAR) instrument in Image mode with a resolution of 12.5 m.

Rotterdam, the country’s second largest city after Amsterdam, is located on the New Meuse River, formed by the Rhine and Meuse rivers, that divides the municipality into its northern and southern parts. The city centre is situated on the northern bank (visible in light green). Rotterdam port (visible on left a quarter of the way down from top) is the largest port in Europe and the gateway to some 450 million consumers. The third body of land (lower left hand corner) is part of the province of Zeeland, a large river delta that mostly lies below sea level.