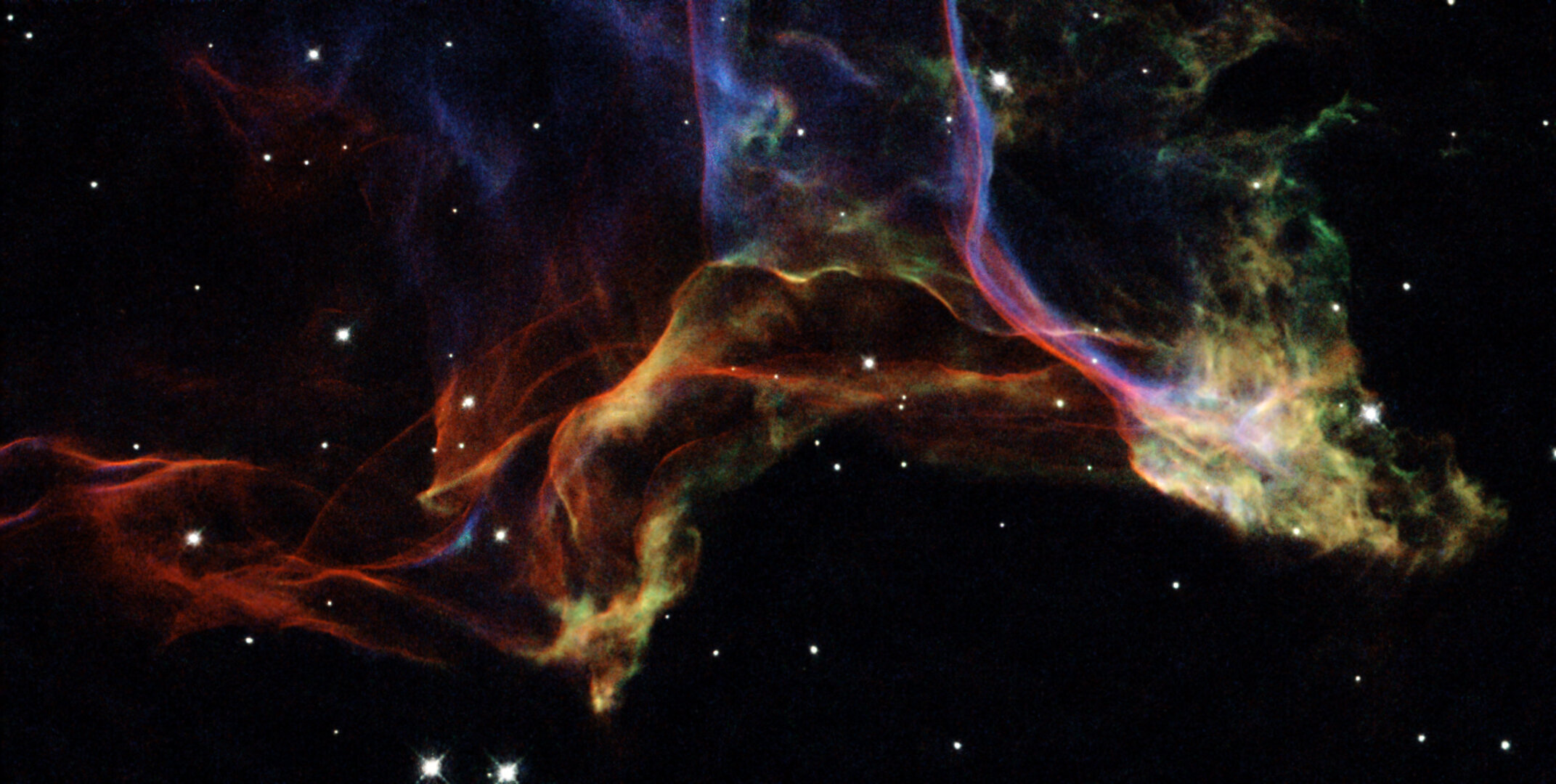 The twisted shockwaves of an exploded star

Discovered on 5 September 1784 by astronomer William Herschel, the Veil Nebula was once a star. Now it is a twisted mass of shock waves that appears six times larger than the full Moon in the sky.

This Hubble Space Telescope image shows just a small part of the nebula, a region known as the ‘south-eastern knot’. The entire nebula is about 50 light years in radius, and is located almost 1500 light years away.

Ten thousand years ago, the Veil Nebula did not exist. Back then, it was a star, much brighter and larger than our own Sun, burning furiously thanks to the nuclear furnace in its centre. As those reactions faltered when its fuel was exhausted, the star collapsed and exploded.

This is estimated to have happened some 5000–10 000 years ago. Sky watchers would have seen the star brighten enormously over the course of a day or two. It would have become brighter than a crescent moon.

Such a titanically destructive event is called a supernova. Modern measurements show that a supernova can outshine the combined light of 100 billion normal stars. Over the course of a week or so, our ancestors would have watched the fireball fade back into obscurity, only to be rediscovered millennia later by William Herschel as an expanding ball of gases in space.

During the star’s final detonation, it flung its outer layers into space at more than 600 000 km/h. What we see now is these layers colliding with the surrounding gases of interstellar space.

The energy imparted in the collision heated the gas to millions of degrees, causing it to emit light. The wavelength of this light depends upon the atoms present in the excited gas. In this image, blue shows oxygen, green shows sulphur, and red shows hydrogen.

Supernova explosions are important because they seed the Universe with heavy chemicals, building all the elements heavier than iron. They are rare in our galaxy, with only one or two stars exploding over the course of a century.

The Hubble Space Telescope is a project of international cooperation between ESA and NASA. This image was taken with the Wide Field and Planetary Camera 2, and was first published in July 2007.