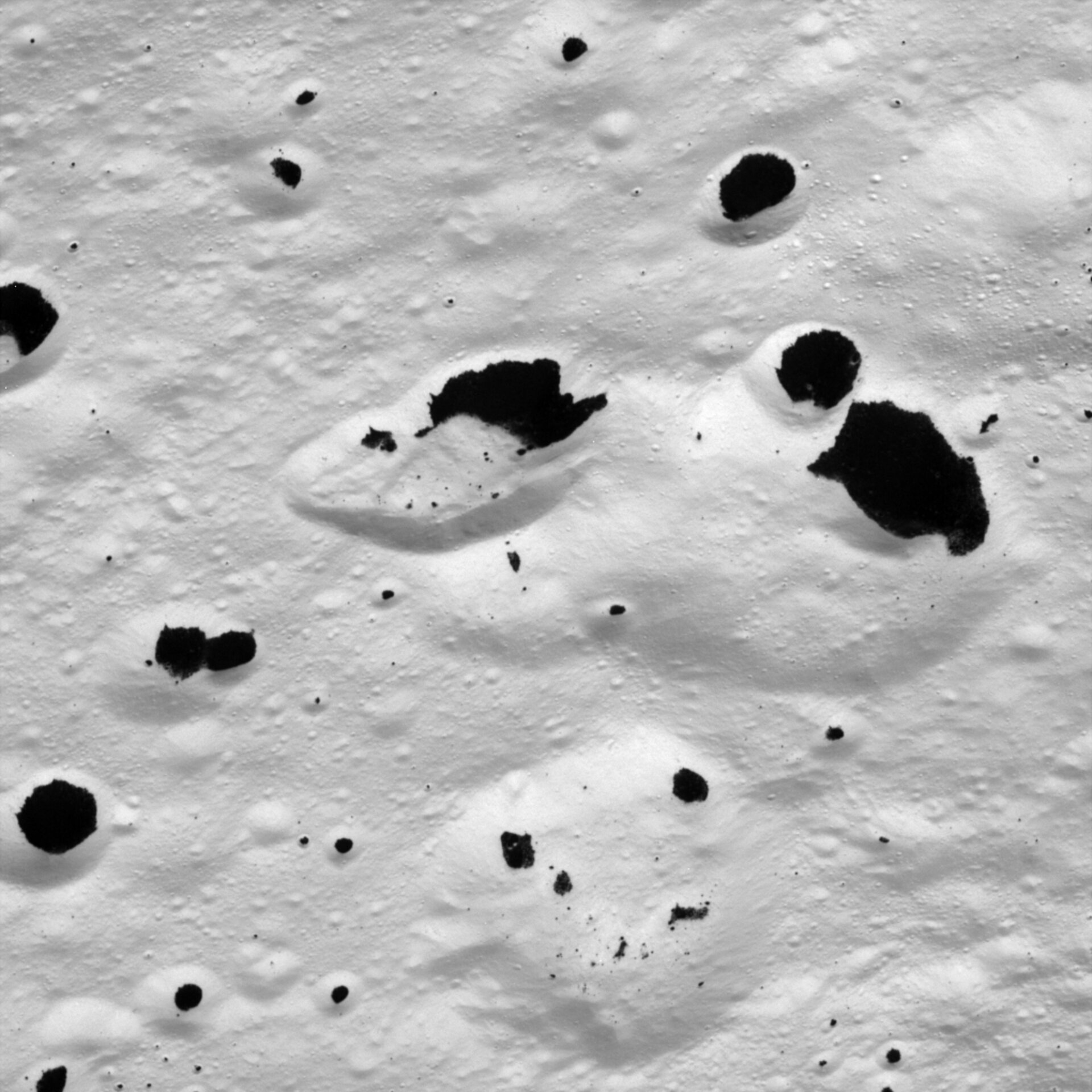 Dark material splatters the walls and floors of craters in the surreal, frozen wastelands of Saturn's moon, Iapetus. This image shows terrain in the transition region between the moon’s dark leading hemisphere and its bright trailing hemisphere. The view was acquired during Cassini's only close flyby of the two-toned Saturn moon.

The image was taken on 10 September 2007 with the Cassini spacecraft narrow-angle camera at a distance of approximately 6030 km from Iapetus. Image scale is 36 m per pixel.