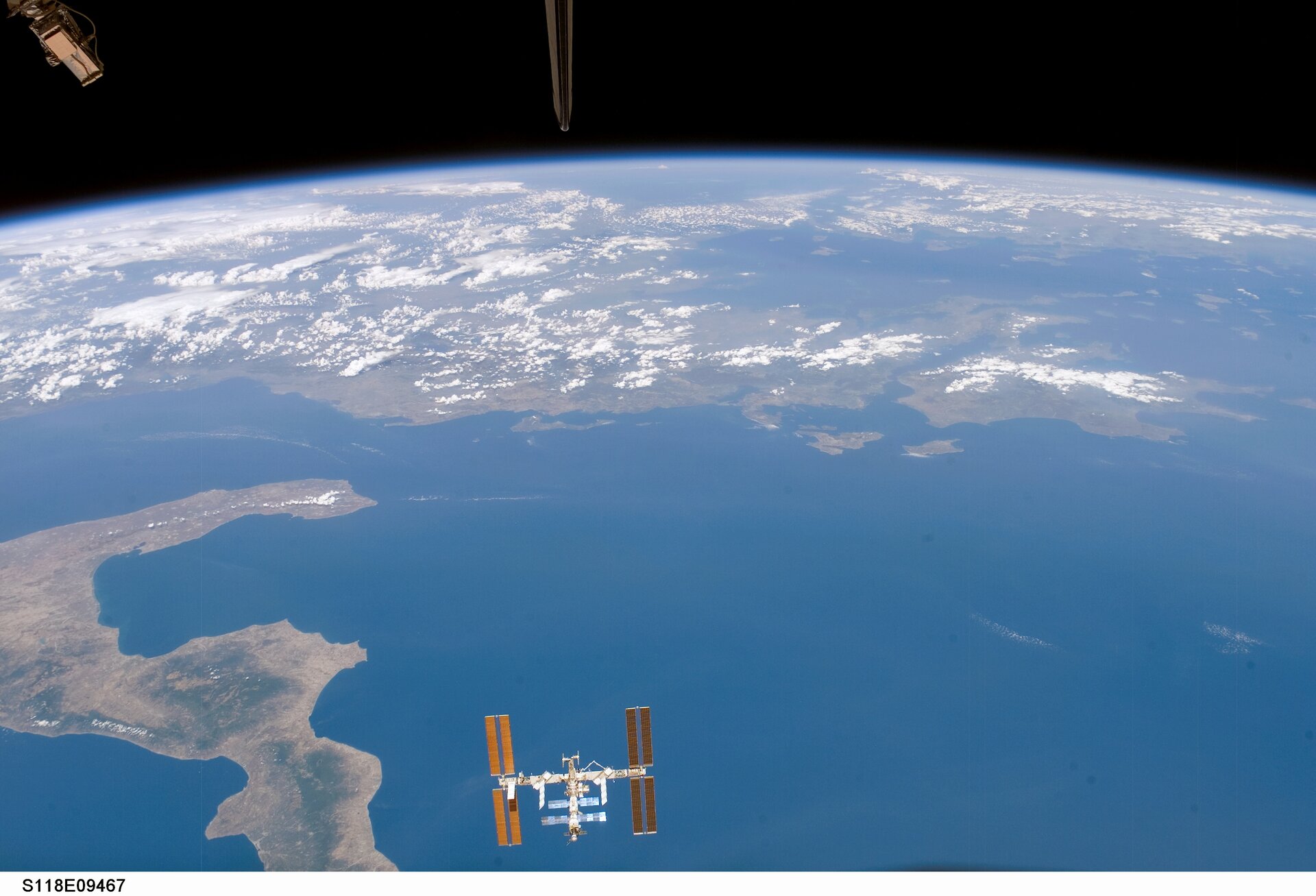 S118-E-09467 (19 Aug. 2007) --- Backdropped by Earth's horizon and the blackness of space, the International Space Station appears to be very small as it moves away from Space Shuttle Endeavour. Earlier the STS-118 and Expedition 15 crews concluded nearly nine days of cooperative work. Undocking of the two spacecraft occurred at 06:56 (CDT) on 19 August 2007. The lower portion of Italy is visible at left.